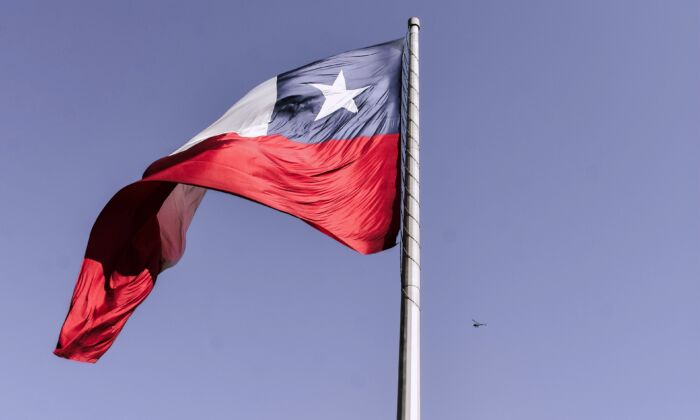 The flag of Chile. The South American nation goes to the polls this Sunday, Nov. 21, 2021. (Elias Almaguer/Unsplash)
Americas

Residents of Chile cast their ballots on Nov. 21 in what many have called the most divided presidential election since the nation’s return to democracy in 1990.

From a pool of seven candidates, there are two front-runners, according to national opinion polls. They are José Antonio Kast, 55, a right-wing former congressman, and Gabriel Boric, 35, a member of the Communist Party coalition who has served two terms in the chamber of deputies.

Close on their heels in the polls are Sebastian Sichel, a former minister of current President Sebastian Pinera, and Yasna Provoste, a senator with the Christian Democratic Party.

An Expert Weighs In

This election is complicated, according to Chilean university professor and political science expert Robert Funk, who pointed to the diverse range of candidates, some of whom fall well outside the established political framework.

“The most interesting result will be the congressional election, which is key for any president trying to pass legislation,” he told The Epoch Times.

However, when it comes to the presidential candidates, Funk was candid about his feelings: neither of the front-runners holds the proverbial golden ticket for Chile.

Boric, who aims to implement a “social democratic model” for the nation’s pension and health care systems, doesn’t have the kind of plan Chile needs to move forward successfully and will “fall short,” according to Funk.

Also, Boric’s ties to the Communist Party have raised concerns for some.

“[The Communist Party’s] real strength lies in its student and worker unions. They have a lot of pressure in the streets. It’s a big question going forward what role they would play in Boric’s government,” Funk said.

On the other hand, while a Kast victory would likely be a boon for the economy, Funk believes greater social division and instability would be the inevitable result of Kast’s extreme position on certain issues, which many feel are reminiscent of former dictator Augusto Pinochet.

Kast has been called the “Chilean Bolsonaro,” because of rhetoric that bears similarities to Brazilian President Jair Bolsonaro, who has historically taken a firm stance on fighting communism in Latin America.

Funk believes that Provoste has the most balanced plan and that her policies are more centrist.

He predicts that a “more divided congress” will emerge after the election, creating difficulties for whoever wins the presidency.

The nation is a political battleground over several key issues, including the structure and distribution of the national pension system, the costs and quality of privatized education, and the gap between public and private health care.

The costs of health care have also become a sticking point for voters, with only 29 percent of Chileans giving positive feedback on their medical system, according to a survey.

Voters leaning toward the conservative ticket also have expressed concern about immigration issues, especially since residents of the city of Iquique burned a migrant camp in September.

“It would be insane to elect anyone tied to communism. We need to focus on the economy and the immigration situation,” Matias Muñoz, a resident of Puerto Montt, told The Epoch Times.

“Chile is a small country, and we’ve been bombarded [with immigrants].”

Muñoz, who has family members working in the mining sector, believes social equality issues pale in comparison to being able to put food on the table.

“What happens when we’re left with no pension and fewer jobs because foreign investors pull out? That’s what you’ll get with a leftist,” he said.

At the other end of the spectrum, some Chileans believe leftist candidate Boric represents hope for addressing income inequality.

“Our health care and [private] education are absurdly expensive,” Santiago resident Maya Torres told The Epoch Times. “This country needs a leader that cares about access for everyone, not just the rich.”