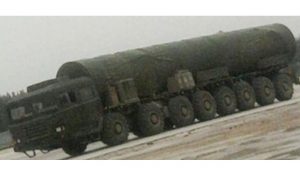 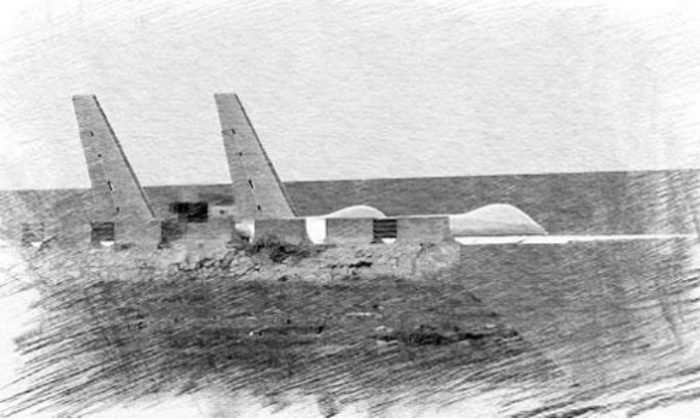 An early image of the "Project 973" or "Shen Diao" unmanned aerial vehicle. The experimental vehicle could increase the accuracy of the Chinese regime's missiles. (CJDBY)
China

The Chinese regime’s long-range ballistic missiles could soon become more accurate with the help of an unmanned aerial vehicle (UAV) it is currently developing. When completed, the new weapon could allow China to push territorial claims further from its mainland.

The new UAV, believed to be under development by the 601 Institute of the Shenyang Aircraft Corporation, is called Project 973 or “Shen Diao” (Divine Eagle), according to an analysis from private intelligence company IHS Jane’s.

Concepts for the Divine Eagle UAV have appeared sporadically since 2012 in design sketches and graphics illustrating its functions.

“It’s a large UAV, probably to function as an interspace satellite,” said Richard Fisher, a senior fellow at the International Assessment and Strategy Center, in a phone interview.

By functioning as an interspace satellite, the UAV solves some common problems with regular satellites. Fisher said “Satellites are constantly circling the Earth and give only a brief period of awareness.” A high-altitude UAV, however, can stay in the air for 12 to 24 hours.

“It will give them a persistent atmospheric information gathering and targeting node,” he said. In other words, it will give the Chinese military an ongoing eye in the sky that can increase coverage for ballistic missiles and aircraft targeting.

The implications for such a weapon are serious—particularly as the Chinese regime tries to expand its borders into the South China Sea and East China Sea.

“This is the kind of asset that will assist assets beyond the first island chain, or will assist control of the South China Sea or East China Sea,” Fisher said.

Fisher said the closest U.S. equivalent to the weapon is the Global Hawk, developed by Northrom Grumman. It says on its website the UAV “provides game-changing situational awareness and targeting information on both fixed and moving targets.

The UAVs are designed for high-altitude, long-endurance (HALE) missions. They can be used not only for targeting, but also for intelligence gathering.

The Divine Eagle is a large twin-fuselage turbofan-powered UAV. Sources told Fisher that the Chinese UAV was at least influenced by Russia’s conceptual S-62 HALE UAV from the Sukhoi Aircraft Corporation, a very similar design that was never completed.