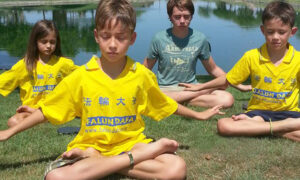 People Worldwide Are Taking Up Meditation To Uplift Themselves, Kids Too Are Benefiting
0
Share Now
TelegramFacebookTweetEmailTellMeWeReddit
Copy Link 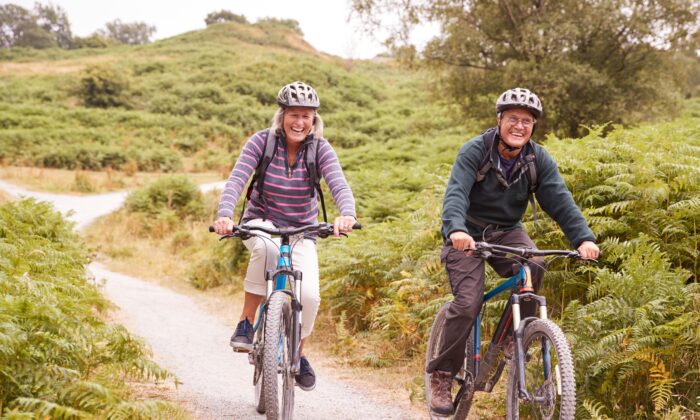 Going out for a walk or bike ride offers exercise with the additional bonus of sunlight, fresh air, and nature. (Monkey Business Images/Shutterstock)
WORLD

Exercise Is the ‘Single Most Important Action’ to Ward Off COVID-19: Health Expert

A major international study has found the first direct evidence of exercise having direct benefits in relation to COVID-19, with the research revealing that physically active people were two and a half times less likely to die from the disease caused by the novel coronavirus than those who were consistently inactive.

The investigation of nearly 50,000 COVID-19 patients, who were inactive during the two years prior to the pandemic, found they were more than twice as likely to be admitted to a hospital than patients who had spent more than 150 minutes of weekly exercise. They were also 73 percent more likely to require intensive care.

Professor Jim Sallis, a Professorial Fellow at Australian Catholic University’s Mary MacKillop Institute for Health Research, and one of the study’s authors recommended clinicians encourage their patients to be physically active, especially those who have other risk factors.

“These findings should be a wake-up call for clinical medicine and public health practice,” Sallis said.

“We recommend public health authorities inform all populations that engaging in regular physical activity may be the single most important action individuals can take to prevent severe COVID-19 and its complications, including death,” Sallis said.

This contrasts with the advice given by government health officials, including those by White House chief medical advisor Dr. Anthony Fauci who suggested in a university lecture that Australia make the vaccine rollout the number one priority.

“It is notable that being consistently inactive was a stronger risk factor for severe COVID-19 outcomes than any of the underlying medical conditions and risk factors identified by The Centers for Disease Control except for age and a history of organ transplant,” Sallis said.

The patients’ average age was 47, and 62 percent were women. Their average BMI was 31, which is classified as overweight.

The research was published in the British Journal of Sports Medicine and was funded and conducted by U.S. health care provider Kaiser Permanente between January and October 2020.