Exclusive: 10s of Thousands in Coronavirus Epicenter Have Violated Quarantine, Traveled to Other Cities 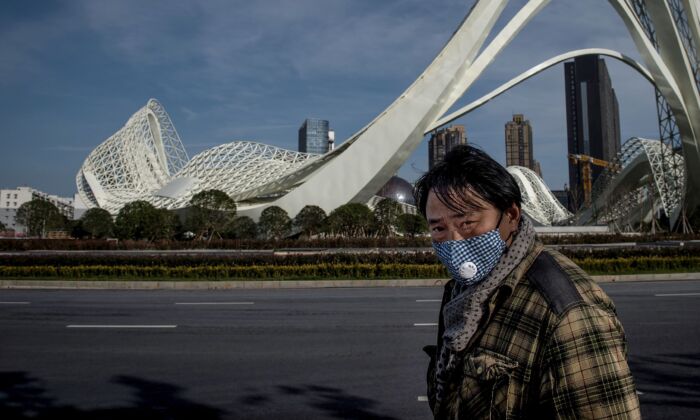 In an attempt to stem the spread of the novel coronavirus, officials in Wuhan, the central Chinese city where the outbreak started, banned all transportation and vehicle traffic on Jan. 23, and two days later, the province of Hubei, where Wuhan is the capital, announced a lockdown.

But internal government documents seen by the Chinese-language Epoch Times indicate that roughly 25,000 people per day have found ways to leave Wuhan.

The documents are copies of recent daily reports by the Hubei Communications Administration, a government agency, which had been submitted to an office in the Hubei government that was created to deal with the coronavirus outbreak.

The agency monitored and recorded all Hubei residents’ cellphone geolocation positions, using the data to tally the number of those who had stayed in Wuhan for more than 24 hours before leaving the confines of the city. These people have not returned to Wuhan.

The data was gathered from the three telecom carriers that operate in Wuhan: China Telecom, China Mobile, and China Unicom.

As the data only includes people who stayed for more than 24 hours in Wuhan, it’s likely that they are local residents, as opposed to drivers or other personnel who only stay in the city long enough to transport or deliver goods.

Most Wuhan residents went to nearby cities within Hubei Province. Others have traveled to 30 other provinces and directly governed municipalities across the country—as far away as Tibet.

The data roughly matches the destinations of 5 million Wuhanese who left the city before the city was locked down on Jan. 23, and likely spread the disease across the country.

When Wuhan was locked down, all flights, as well as train, ferry, and bus services were stopped. All of the highways were blocked.

But three types of vehicles still can enter and leave the city via highways: trucks that carry medical supplies; trucks that transport goods for basic living needs; and vehicles for municipal needs, such as transporting water, electricity, gas, and other necessities, according to state-run media Xinhua.

To enter and leave the city, vehicle owners must apply for an “epidemic prevention and control pass” from the Wuhan police’s traffic management bureau. The pass is for one-time use.

For vehicles from other cities, police at highway entrance checkpoints issue the passes to drivers after confirming that the vehicles are carrying goods belonging to the three categories. At exit checkpoints, police will check the driver’s body temperature; if normal, drivers are allowed to pass.

Several drivers who transport medical or food materials told the Chinese-language Epoch Times that they can move in and out of the city after applying for a “dedicated pass” from the Wuhan Red Cross and a certification document from designated virus treatment hospitals.

Even amid such restrictions, people have managed to leave.

U.S.-based China affairs commentator Tang Jingyuan says many people are afraid of becoming infected and are in search of someplace safer.

“The Wuhan government locked down the city and forced healthy people to live together with infected people in town. … Also, food supply is a big problem in the city right now. So the healthy people want to escape as soon as possible,” Tang said.

“At the same time, the infected people can’t receive proper treatment, no matter in a hospital or at a quarantine center. They want to be saved and want to leave the city as well,” Tang said.

Many Wuhan residents who have fallen ill say hospitals have turned them away because of a lack of beds.

Officials in Wuhan have also mandated that people with mild or moderate symptoms of the virus—but no confirmed diagnosis—be moved to quarantine centers and makeshift hospitals. Several patients said there’s little to no medical treatment at these centers. They also fear cross-infection.

“If they are quarantined with infected people, they believe that they would be infected immediately. They want to leave Wuhan as well,” Tang told The Epoch Times.

He thinks people could have escaped illicitly.

“In China, if you have a good relationship with senior officials, you … get special privileges and you don’t need to follow the rules. You’ll have a higher chance of leaving the city,” Tang said.

He said he was concerned that some of those who escaped may have been infected with the virus and carried it to other parts of the country.