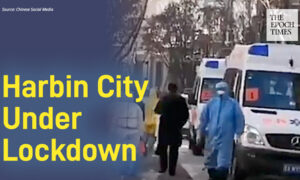 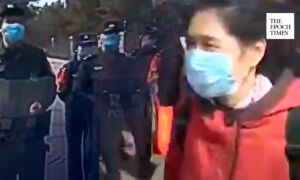 Exclusive: Leaked CCP Document Says Virus In Harbin ‘Out of Control’; Patients Kicked Out of Hospital

A leaked document obtained by The Epoch Times shows that the situation in China’s Harbin, Heilongjiang Province, is now “out of control.” The four-page warning letter from provincial authorities in China accuses the local government in Harbin for its handling of the virus, and notes outbreaks have spread through villages and cases are now at uncontrolled levels.

The leaked document gives additional insights into the CCP’s ongoing cover-up of the real situation in China as it faces the virus outbreak—and comes at an important time when the CCP is planning to loosen restrictions on international travel. Experts warn that a “second wave” infection in China is on the horizon, and already the regime has begun locking down residential compounds and restoring restrictions soon after attempting to end quarantines.

And in Changsha City, Hunan Province, local officials have released a new phone app that allows people to report other people for violating requirements on face masks and other crimes. The app gives people points and prizes for reporting others, and some elderly residents are saying it reminds them of the tyranny they faced under the CCP’s Cultural Revolution.