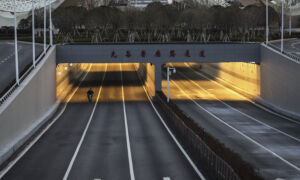 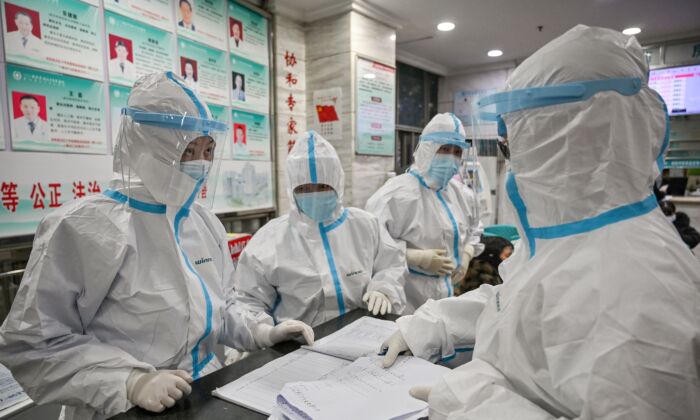 Exclusive: Government Staff Dealing With Outbreak in China’s Coronavirus Epicenter Are Getting Infected

Many junior government staff who are on the frontlines in confronting the COVID-19 outbreak in the city of Wuhan, its epicenter, and Hubei Province have become infected with the virus, according to two recent internal documents that insiders provided to The Epoch Times.

Protocol is sometimes unsafe: some staff who are in contact with infected people are only equipped with a simple surgical mask. Then they also come into contact with potentially healthy people as they screen people’s body temperatures.

In addition, due to the lack of human resources, many junior staff have to continue working despite that their colleagues have been diagnosed with the virus. According to safety rules, those who were in close contact with virus patients must be quarantined for 14 days to make sure they are not infected and won’t spread the disease further.

According to reported numbers, tens of thousands have been infected, and over two thousand have died in China, the majority of them in Hubei. However, eyewitness accounts and experts’ analyses show that the authorities have been underreporting cases.

One type of document provided to The Epoch Times is the “daily inspection report,” prepared by an agency within the Hubei government set up to combat the epidemic. These are reported to Ying Yong, the provincial Chinese Communist Party boss; Wang Xiaodong, the governor; and Huang Chuping, the vice governor.

On Feb. 6, Sun Chunlan, a vice premier of China, ordered Hubei authorities to screen every person’s body temperature in order to detect infected patients—by visiting each household in person.

The daily report on Feb. 19 noted that the Jianguo neighborhood on Ronghua Road, Wuhan, has 17 government staff members. “On Feb. 11, one staff member was diagnosed with the coronavirus and was treated at a hospital,” it stated.

Days later, the CT scan results of the staff director and deputy director revealed that they may be infected as well. On Feb. 16, the two leaders began their self-quarantine.

The report stated that now seven of the 17 staff have become infected. The other 10 are close contacts, but have to continue their work screening residents’ body temperatures.

A similar situation occurred with junior staff in charge of other neighborhoods:  “The deputy director of the Water Factory neighborhood on Zongguan Road of Qiaokou district, Wuhan, started to have symptoms on Feb. 3 and was diagnosed on Feb. 6. The other staff couldn’t be quarantined or take a break due to lack of human resources.”

At the Shuiguo Lake Beihuan Road neighborhood in Wuchang district, Wuhan, the director was diagnosed with the virus and being treated at a hospital, while the deputy director was infected and quarantined at home.

Another staff member, a deputy director named Zhang Xinxin, had a family member who passed away at home after becoming infected.

“Zhang only wears a mask, without any other protective gear,” the report said.

Another type of document was prepared by the headquarters of Wuhan’s epidemic control agency, which reports to the provincial government.

The document emphasized that the junior staff lacked the protective materials they needed to conduct body temperature screenings properly. This directly contradicts public statements by city officials that the city has enough supplies.

The documents emphasized that the staff need more protective materials and disinfectant products.

The daily inspection report noted that in some quarantine centers, there’s no isolation between patients with mild symptoms, the medical staff, and quarantined people who were in close contact with confirmed patients but have not shown symptoms yet. The quarantined people often visit each other to chat.

The report also said that at some quarantine centers, there are no medical staff or medicines available. Patients are not allowed to go back home to pick up medicines they bought before, nor do they receive any testing.

The government has strictly locked down the province and Wuhan since Feb. 10. Residents are not allowed to casually leave home. Supermarkets are only allowed to sell products to government-approved distributor agents who then deliver the goods to each household.

But the daily report noted that in several cities, some people left their homes and were waiting in long queues in front of the supermarkets because they didn’t receive enough food through the distributor agents.

Meanwhile, many residents visited their elderly and disabled neighbors to bring food and basic living supplies to them because the local government did not provide for them, according to the report.