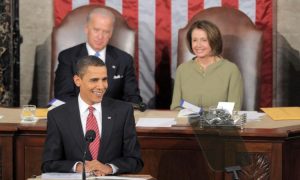 Where Was the Love for Whistleblowers During Obama Administration?
0

Exclusive: DHS Whistleblower Did Not Kill Himself, Claims His Pastor

The shooting death of DHS whistleblower Philip Haney was initially written off as a suicide by several news outlets, but the local Sheriff’s office is now saying they have not concluded whether it was suicide or murder.

In this episode of Crossroads we’ll speak with Haney’s pastor and close friend, Greg Young, Pastor and Host of ‘Chosen Generation,’ who claims that Haney did not kill himself. Pastor Young explains conversations he had with Haney just prior to his death, and details the findings that Haney was allegedly planning to release.