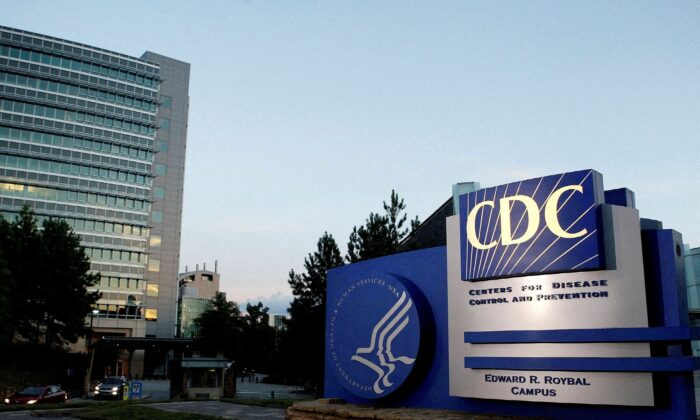 A general view of the U.S. Centers for Disease Control and Prevention (CDC) headquarters in Atlanta, Ga., on Sept. 30, 2014. (Tami Chappell/Reuters)
Executive Branch

A top U.S. health agency is refusing to identify which employees are working on vaccine safety teams, drawing criticism from watchdog groups.

The Vaccine Adverse Event Reporting System (VAERS) is a database in which people file reports of adverse events following vaccination. The U.S. Centers for Disease Control and Prevention (CDC) manages the database with the U.S. Food and Drug Administration.

The Epoch Times sought the names of employees on three CDC teams charged with analyzing data from VAERS, including a team that looks at data pertaining to post-vaccination heart inflammation. The CDC denied the request in full.

The Freedom of Information Act (FOIA) requires agencies to comply with information requests but establishes exemptions that agencies can cite to withhold requested information. Roger Andoh, a CDC FOIA officer, cited an exemption that protects “personnel and medical files and similar files” if the disclosure of the files “would constitute a clearly unwarranted invasion of personal privacy.”

“The information that has been withheld under Exemption 6 consists of employee names. We have determined that the individual(s) to whom this information pertains has a substantial privacy interest in withholding it,” Andoh wrote to The Epoch Times.

“If Democrats and Republicans want the American people to trust government institutions, i.e. CDC, NIH [National Institutes of Health] and all the others, one would think members of Congress, agency bureaucrats, and the president’s administration would be motivated to start by offering transparency and eliminating the taxpayer’s justifiable questions and worries,” Adam Andrzejewski, CEO and founder of OpenTheBooks.com, told The Epoch Times in an email.

“Not having the ability to see into the bureaucracy is troubling and these agencies are rife with conflicts of interest. Denying transparency to the public is never the answer.”

Michael Chamberlain, director of Protect the Public’s Trust, noted that Americans’ trust in the government, and health agencies in particular, has declined during the pandemic, according to surveys.

“Pulling the veil of secrecy over basic agency information only serves to make this situation worse,” he told The Epoch Times in an email.

The CDC’s FOIA office reviewed its decision after a request from The Epoch Times.

“I’ve taken a look at your case and we stand by the full denial of the requested information due to the potential for harassment and to protect the physical safety of the employees on these teams,” Bruno Viana, a deputy director who handles FOIA questions, told The Epoch Times in an email.

The Epoch Times has appealed the determination to the U.S. Department of Health and Human Services, the parent agency of the CDC and the NIH.

The CDC describes VAERS as “the nation’s early warning system” for the detection of vaccine safety signals, or signs that specific side effects are linked to a vaccine. Health care workers are required to report serious adverse events following vaccination to the database, and other interested parties, such as relatives, can also file reports.

Health officials have repeatedly said that signals from the COVID-19 vaccines would be detected by VAERS and other systems like it, but one of the most prevalent serious side effects, heart inflammation, appears to have been first identified by the Pentagon, not the CDC. Even after the Pentagon discovered the issue, the CDC’s director said no signal was found, though the agency has since acknowledged the side effect.

Raw data from VAERS doesn’t alone constitute a safety signal, according to the CDC. The agency says experts must analyze the data to figure out if signals truly exist.

The three teams whose members the CDC is shielding are among those tasked with analyzing the data, including digging into medical records from reports. One focuses on post-vaccination blood clotting—a condition identified after Johnson & Johnson vaccination. Another looks at the post-vaccination heart inflammation, which has appeared in many more people—especially young males—than expected after receipt of the Moderna or Pfizer vaccines. A third analyzes an assortment of data.

The work of the teams has been cited by CDC officials during meetings about vaccines.

If the names of the team members were released, they could be used to file additional records requests, which could shed light on how the CDC is analyzing the VAERS data. For example, one could request emails sent between two team members during the time when the heart inflammation issues were first uncovered to see if they were aware of the issue before U.S. military doctors.

The names of all CDC employees are listed in the Department of Health and Human Services’ employee directory, but it isn’t clear from the directory which workers are on the VAERS teams.