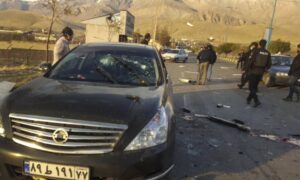 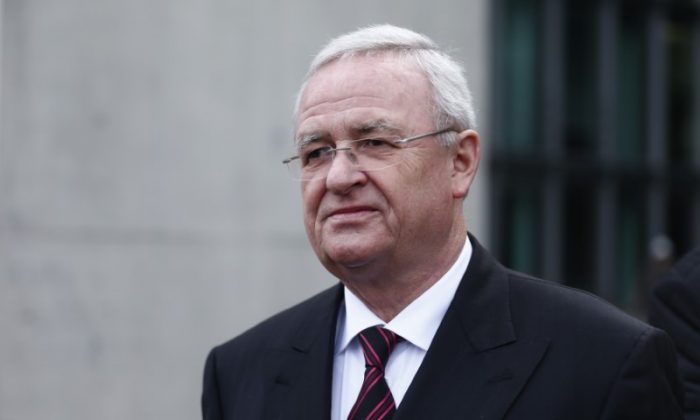 Ex-Volkswagen CEO Winterkorn Charged in US Over Diesel Scandal

An indictment filed in secret in March was unsealed in U.S. District Court on Thursday, the same day as Volkswagen’s annual meeting in Germany. Winterkorn resigned soon after the scandal over polluting vehicles in the United States became public in September 2015.

Volkswagen has been desperate to move on from the emissions scandal, vowing to spend billions on a number of new electric vehicles as it has seen U.S. sales rebound, but the indictment reopens the question of whether other senior executives knew about the scandal, threatening to prolong the crisis.

U.S. Attorney General Jeff Sessions said in a statement that the charges allege “Volkswagen’s scheme to cheat its legal requirements went all the way to the top of the company.”

Winterkorn, 70, is charged with conspiracy to defraud the United States, wire fraud and violating the Clean Air Act from at least May 2006 through November 2015 by using illicit software that allowed Volkswagen diesel vehicles to emit excess pollution without detection.

A lawyer for Winterkorn in Germany did not immediately comment. Winterkorn in January 2017 told German lawmakers he had not been informed of the cheating early and would have halted it had he been aware. But Winterkorn did not say when he first became aware.

A Volkswagen spokesman in Germany said the company is “cooperating with authorities. We do not comment on individuals.”

VW’s new chief executive on Thursday in Berlin vowed to make the carmaker “more honest” as it fights to recover from the diesel emissions scandal, but wary investors called for outside vetting of steps to restore its reputation.

Volkswagen had initially suggested that only lower-level executives knew of the cheating. But the indictment alleges Winterkorn was informed of VW’s diesel emissions cheating in May 2014 and in July 2015 and he agreed with other senior VW executives “to continue to perpetrate the fraud and deceive U.S. regulators,” prosecutors said.

A spokeswoman for the U.S. Attorney’s Office for the Eastern District of Michigan in Detroit said Winterkorn was not in custody. In total, nine people have been charged and two former Volkswagen executives have pleaded guilty in the case and been sentenced to prison terms. One Italian citizen, former Audi manager Giovanni Pamio, is in Germany awaiting extradition.

Among those indicted earlier were Heinz-Jakob Neusser, former head of development for VW Brand and two former heads of engine development, Jens Hadler and Richard Dorenkamp.

Six of the former Volkswagen executives charged are believed to be in Germany and have avoided facing U.S. prosecutors because Germany typically does not extradite its citizens. Prosecutors in Germany are also investigating VW.

In 2017, Volkswagen pleaded guilty to fraud, obstruction of justice and falsifying statements in Detroit as part of a $4.3 billion settlement reached with the U.S. Justice Department in January over the automaker’s diesel emissions scandal and agreed to three years of oversight by a former U.S. deputy attorney general.

The September 2015 disclosure that VW had for at least six years intentionally cheated on emissions tests did massive damage to the company’s reputation around the world and prompted massive compensation and vehicle refit costs. VW halted the sale of new diesels in the United States after the scandal.

In total, VW has agreed to spend more than $25 billion in the United States to address claims from owners, environmental regulators, states and dealers and offered to buy back about 500,000 polluting U.S. vehicles.