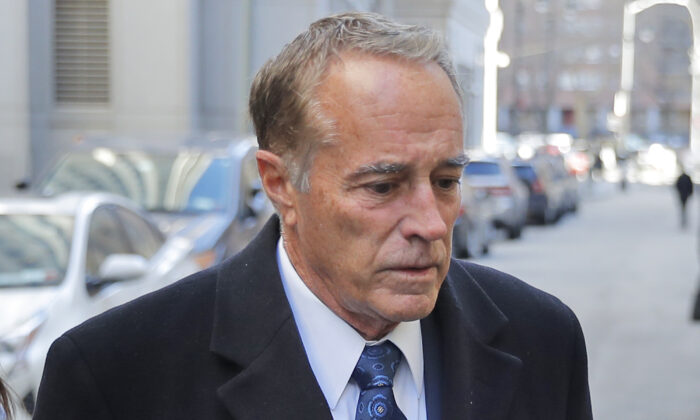 Ex-US Rep. Collins Gets Over 2 Years in Insider Trading Case

Chris Collins, a former U.S. congressman from New York, was sentenced to 26 months in prison and fined $200,000 on Friday after pleading guilty to taking part in an insider trading scheme.

Before the sentence was handed down, Collins, 69, said in highly emotional remarks to the judge that he felt his life was over and that he was still ashamed to see his former constituents after pleading guilty to charges of conspiracy and making false statements last October.

His wife, Mary, wept behind him, sitting next to their daughter as Collins described the “dark, dark place” he was in after his conviction.

“I climbed out of it because of her,” he said of his wife.

He also begged U.S. District Judge Vernon Broderick to be merciful next week when sentencing his son, Cameron, who was also convicted as part of the insider trading scheme.

Collins was convicted of trading on insider information while a board member and 16.8 percent stakeholder of Australian biotechnology company Innate Immunotherapeutics Ltd. A day before pleading guilty last year, he resigned his seat in the U.S. House of Representatives representing New York’s 27th District.

After learning from an email sent by Innate Immunotherapeutics’ chief executive that an experimental multiple sclerosis drug had failed a clinical trial, Collins relayed the news to his son, enabling the son to sell shares before the news became public and eroded their value. His son also passed the tip on to others.

Collins had faced a maximum of five years in prison. His lawyers argued that he should be confined at home. They said he had made a bad decision because he was overcome with disappointment on learning the drug had failed.

The judge disagreed. “I don’t view this as just a spur of the moment loss of judgment,” Broderick said.