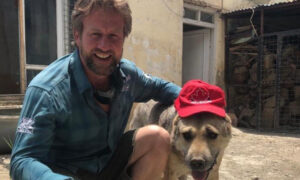 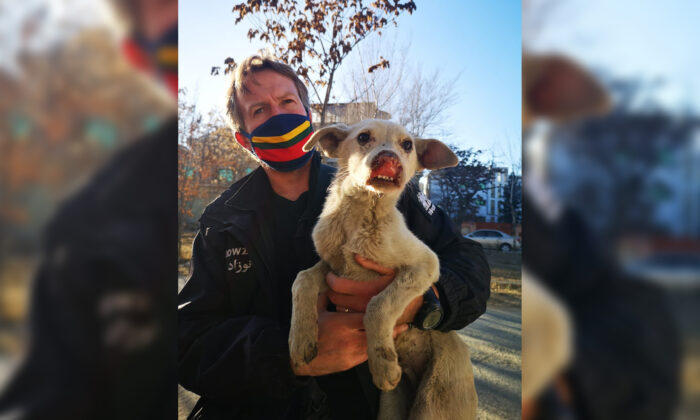 Paul Farthing, the ex-Marine who goes by the name Pen Farthing, arrived in London on Sunday with about 100 dogs and 70 cats on a privately-chartered plane after waging a media battle with the British Ministry of Defence (MoD) to get his flight cleared.

Farthing’s animal exodus, dubbed “Operation Ark,” has been applauded by some, and he has received many adoption offers. But the operation has also been heavily criticised as many Afghans who worked with the West are still stranded in the Taliban-controlled country.

Responding to a comment by Foreign Affairs Committee chair Tom Tugendhat that “a lot of troops” were used to bring in dogs while the family of his interpreter from when he served in Afghanistan is “likely to be killed,” Farthing said he didn’t get any help from the MoD.

“Nobody in the British government facilitated my entry into that airport. I did that with the Taliban,” he told ITV’s “Good Morning Britain” programme on Monday.

Farthing added that no one facilitated the entry of him and “the truck full of dogs and cats” into the airport and that the animals “went into a cargo hold where you cannot put people.”

Although the cargo hold of Farthing’s flight was filled with rescue animals, there were “several empty seats” because his Afghan staff had to be left behind. Farthing said it was due to last-minute changes in paperwork rules.

“While the British government had given them the correct paperwork because the Americans had controlled the airport, [President] Joe Biden had changed the airport on who could actually enter, it overruled the paperwork we had been given by the British,” he said.

In a Twitter update on Friday, Farthing said his team was “turned away into the chaos of those devastating explosions” because of the rule change two hours earlier.

Farthing told ITV on Monday that his team has “a few ideas” about how to get his Afghan staff out, but “nothing concrete yet.”

He also said he tried to fill the seats with other people, but the Taliban wouldn’t let him take Afghans with British passports, and the British military “reassured” him that there was enough capacity for the remaining people as the evacuation was wrapping up.

“So they assured me they had enough capacity for everybody who was inside the airport.”