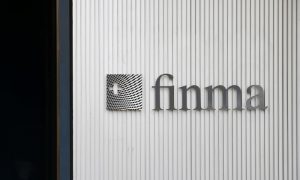 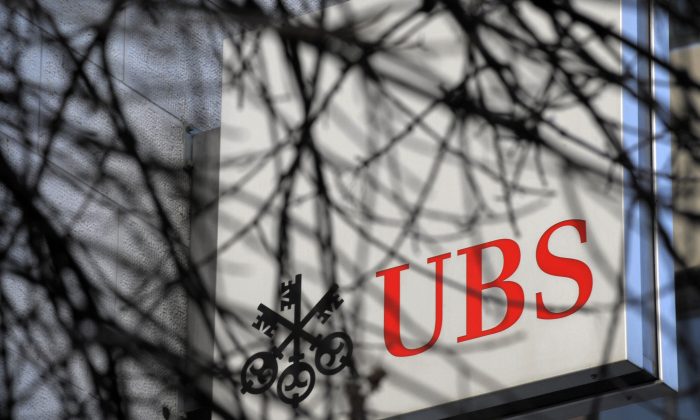 A logo of the Swiss banking giant UBS in Zurich on Feb. 14, 2008. (Fabrice Coffrini/AFP/Getty Images)
Europe

Rene S., as the 45-year-old ex-banker was called during court proceedings, was sentenced to 40 months in prison and must pay fines and court costs totaling more than 125,000 Swiss francs ($125,300) after being found guilty of charges that included spying and money laundering.

Rene S., who according to court documents has moved to a small town in Germany just across the Rhine River from Switzerland, did not attend the proceedings in Bellinzona this month.

He was acquitted of breaking Swiss banking secrecy laws. It was not immediately clear whether Switzerland would seek his extradition; Swiss officials in Berne said such a decision would come only after the appeals process had been exhausted and the judgment finalized.

The case is part of a decade-old dispute between Germany and Switzerland over untaxed assets, a fight they hope will fade now that both countries have joined more than 100 others in agreeing to automatically exchange financial data about their residents’ international accounts.

Switzerland, whose banks have paid out billions to other countries to settle charges that they helped foreigners hide wealth, has aggressively prosecuted whistleblowers who leak banking data.

Prosecutors said that between 2005 and 2012, when Rene S. worked for UBS, he illegally collected data about Germans with accounts at the bank and sold the information for 1.15 million euros ($1.31 million) to tax authorities in North Rhine-Westphalia who were seeking to root out tax dodgers.

Rene S.’s lawyer, Moritz Gall, said he expects to appeal. Throughout the trial, Gall has maintained his client’s innocence.

Neither the defendant, who is a Swiss citizen, nor his family could be reached for comment.