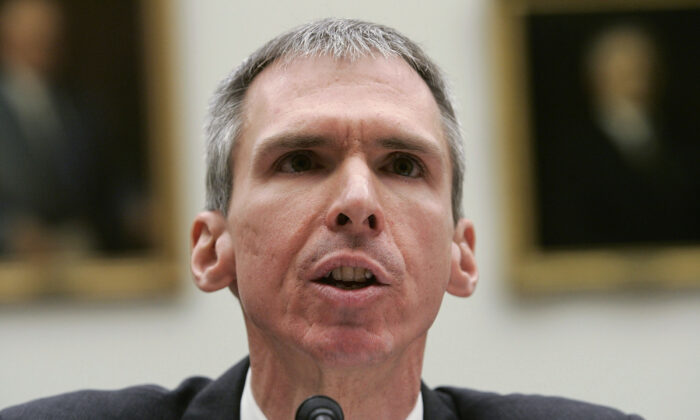 Rep. Daniel Lipinski (D-Ill.) testifies during a hearing before the House Foreign Affairs Committee in a file photograph in Washington. (Alex Wong/Getty Images)
By Zachary Stieber

Illinois held its primary elections on March 17 even after some states postponed elections due to the spread of the CCP virus, commonly known as the novel coronavirus.

Curran won 41.6 percent of the vote in the Republican primary, beating four others, including former police officer Peggy Hubbard and radiologist Robert Marshall.

Curran is an attorney who was the sheriff of Lake County from 2006 to 2018. He’ll face Durbin, 75, who has been in office since 1997 and ran unopposed in the Democrat primary.

“I want to thank everyone that voted today, whether you voted for me or not. It was an act of bravery on some level just to get out to the polling places, knowing that the coronavirus is with us,” Curran said in a video message.

In a major upset in the primaries, progressive businesswoman Marie Newman came out on top in the Democratic primary to Illinois’ 3rd congressional district. Newman won just over 48,000 votes while Lipinski won 45,677 votes.

“I am bursting with pride and gratitude for the amazing coalition that helped bring about much needed change in our district. We are going to work together to lower health care costs, to fight climate change, and to build an economy that works for everyone,” Newman said in a statement.

Lipinski, a former engineer, hasn’t reacted to the loss. Lipinski has held the seat since January 2005 and his father, Bill Lipinski, held the seat for over two decades before that.

Florida and Arizona also held primary elections on Tuesday night. Ohio was scheduled to do so but postponed the elections, citing the spread of the new coronavirus.