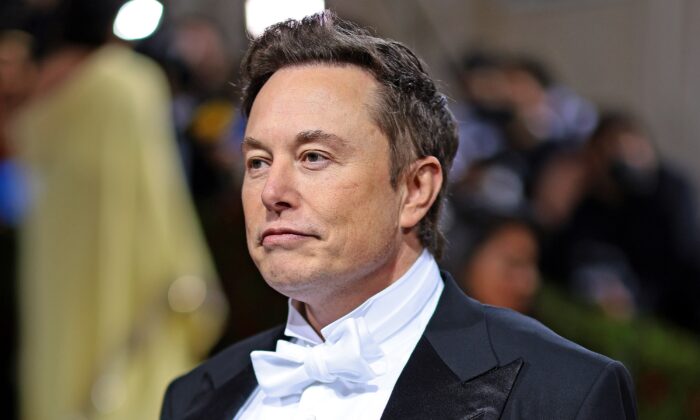 Elon Musk attends The 2022 Met Gala Celebrating "In America: An Anthology of Fashion" at The Metropolitan Museum of Art in New York on May 2, 2022. (Dimitrios Kambouris/Getty Images for The Met Museum/Vogue)
Economy

Ex-M&A Lawyer From Twitter’s Law Firm Has Advice for Elon Musk, but Calls Him ‘Rich, Weird and Stubborn’

Matt Levine is a Bloomberg Opinion columnist covering the financial markets, and he’s got a word of advice for Tesla Inc.’s Elon Musk on how to handle the Twitter Inc. buyout fallout.

It is worth mentioning that Levine is also a former mergers and acquisitions attorney at the law firm Wachtell, Lipton, Rosen & Katz—the same firm Twitter hired to sue Musk.

“If Musk signed a deal to buy a thing for $54.20, and then he refused to pay and had no good reason for backing out of the deal, and the seller had to turn around and sell the thing to someone else for $25 instead, then the seller could go to court and demand that Musk pays the $29.20 difference.” This is the normal remedy for breach of contract, called expectation damages in contract law, Levine wrote.

Although a merger deal is a legal contract, Twitter cannot force Musk to make up the shortfall. More specifically, the company is limited to suing Musk for no more than $1 billion in damages, which is also the amount of the reverse termination charge Musk may be required to pay Twitter under certain conditions.

Levine gave three options a Delaware court has to remedy the Musk/Twitter drama:

The former litigator noted the first choice is extremely unlikely, which leaves the two other options, both harsh, time-consuming and unlikely to be resolved by a court prior to a settlement.

1. Musk buys Twitter for less.
2. Musk walks away for more.

“If Musk wrote Twitter a check that was much bigger than $1 billion, then Twitter’s shareholders would be, not made whole, but at least mollified—and Twitter would remain Twitter, which, you know, could be better, but could also be worse. Of course, there are obstacles here. Elon Musk is rich, weird, and stubborn, and might not settle even when it’s in his best interests,” Levine said.

Levine added Twitter’s directors are in an awkward spot: “They are under a ton of scrutiny, they have a good legal case, and they will probably be sued by disgruntled shareholders if they settle for anything less than specific performance at $54.20 per share, even if doing so is in shareholders’ best interests. Nothing about this deal has been especially rational so far, and there is no reason to assume that it will settle rationally now.”