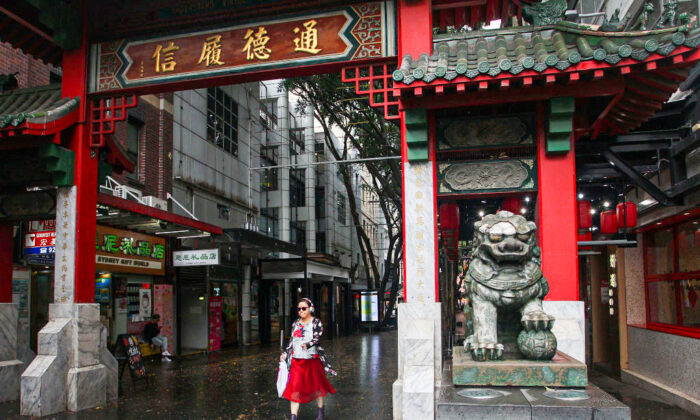 Former state Labor MP, Ernest Wong, engaged in “serious corrupt conduct” by trying to hide the source of an AU$100,000 (US$71,830) donation to the Australian Labor Party (ALP) in 2015, according to the chief anti-corruption body of the country’s most populated state, New South Wales (NSW).

The Independent Commission Against Corruption (ICAC) also found that Wong attempted to procure false testimonies from several witnesses in response to the investigation into the donation from United Front-linked Chinese billionaire Huang Xiangmo.

A big part of ICAC’s finding, released on Feb. 28, focused on investigating how Wong, a member of NSW’s upper house, attempted to circumvent electoral donation laws via an ALP fundraising dinner on March 12, 2015, in the lead-up to the then-NSW state election.

At the time, the ALP could not receive the $100,000 because it exceeded the $5,000 donation limit and because Huang was not on the Electoral Roll, which meant he was not eligible to donate to political parties.

According to testimony presented to ICAC, the Chinese Friends of Labor (CFOL) dinner was held at The Eight Modern Chinese Restaurant in Haymarket—Sydney’s Chinatown district.

Upper house MP Wong entered into an agreement with restaurant owner Jonathan Yee to find “five to 10 people” to sign forms stating that they were each donating $5,000 during the dinner, when in fact, they were simply covering for the $100,000.

Some individuals claimed to donate two sums of $5,000 which was passed on to the NSW Labor and Country Labor parties—Country Labor has since been deregistered.

In all, 12 “putative donors” were found, with 10 of them associated with Yee’s restaurant, Emperor’s Garden, including staff, family members, and another business, Harbour City Group.

Two donors, Steve Tong and Liao Quanbao were employed by Wu International Investments. However, Liao committed suicide one week before he was due to testify before ICAC in 2018.

The donors were told by the upper house MP Wong to repeat false testimony they had given during an initial NSW Electoral Commission investigation and during public hearings held by ICAC. Eventually, they came clean on the source of the funds.

ICAC also found Huang’s donation came from a “junket account” at The Star Sydney casino after it was withdrawn by Wun Chi Wong, a junket operator employed by the billionaire property developer.

Huang and Wun were overseas during the inquiry and did not give evidence.

The controversial billionaire, who was deemed an agent of influence by the Australian domestic spy agency, has been at the centre of Australia’s increasing wariness towards Beijing-backed foreign interference.

Huang was the head of organisations linked to the United Front Work Department—Beijing’s foremost influence body—and was also an active political networker, donating AU$2 million (US$1.4 million) to the ALP and over AU$1 million (US$710,000) to the Liberal Party.

He came to prominence in 2017 with the downfall of former Labor Senator Sam Dastyari, who resigned over a series of questionable activities.

Huang was found to have paid an AU$40,000 legal bill and $1,600 travel debt for Dastyari; in turn, the then-senator warned Huang that his phone was likely being tapped by intelligence services and also delivered a speech advocating for Beijing’s right to the South China Sea—in opposition to official ALP policy at the time.

Another incident saw Huang deliver $35,000 to NSW Labor General-Secretary Jason Clements in a wine box to assist him with his own legal bills.

The latest findings from ICAC come after current NSW Labor leader Chris Minns, was forced to explain a Huang-funded trip to China in 2015.

“If you look back at it in reverse, I wish I’d changed many things,” Minns told 2GB Radio on Feb. 22.

Minns insisted he had no knowledge of the donation until it became public knowledge through the ICAC inquiry, despite the funds being received by Clements, a friend of Minns at the time.

The current Liberal government was also amid an ongoing political attack targeting the ALP’s defence record while claiming Labor was the preferred party of Beijing.

“The Commission has made seven recommendations to assist the NSW government to strengthen the laws, policies and procedures concerning political donations in NSW,” ICAC said in a statement.

They included changes to how cash donations are managed, governance arrangements regarding political parties, and penalties.

ICAC is now seeking advice from the state’s Director of Public Prosecutions on any actions against Wong, Huang, Yee, and the 12 donors.