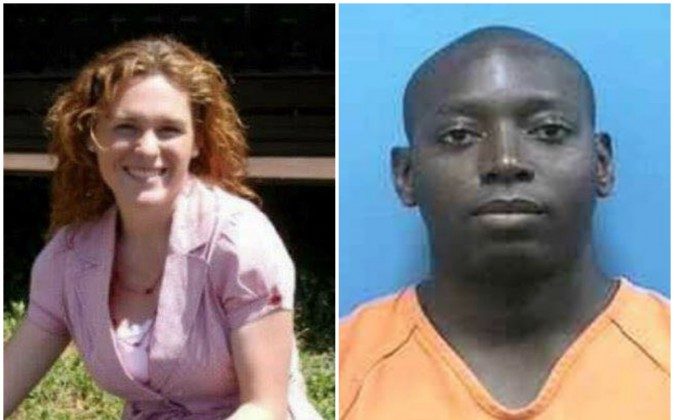 Steven Williams, 30, left, has been arrested and charged with second-degree murder after confessing to the killing and body disposal of his ex-wife, Air Force veteran and nurse, Tricia Todd, 30. (Martin County Sheriff's Office photos)
Crime and Incidents

After confessing to Tricia Todd’s killing and body disposal, 30-year-old Steven Williams, ex-husband of the missing Air Force veteran and nurse, accepted a plea deal of 35 years behind bars—and agreed to lead authorities to where he hid her remains.

Williams pleaded no contest to his second-degree murder charge, according to a statement by the Martin County Sheriff’s Office (MCSO).

As part of the plea deal, he promised to lead MCSO officials and state attorneys to the site of her body—deep inside the Hungryland State Preserve (aka the Hungryman Wildlife and Environmental Area, which is part of the Loxahatchee Slough Natural Area).

The MCSO also attached a video showing its surveying efforts at the location Williams led them to—which is being conducted by Sheriff William Snyder, MCSO detectives, forensic teams, members of the state attorney’s office, and MCFR.

“We will be working through the night, and will update everyone as we can,” the MCSO officials said in the statement.

Williams came clean of his crime on May 24—after previously passing a polygraph and clearing several lengthy and detailed interviews early in the investigation, according to a press conference held by Martin County Sheriff William Snyder.

Todd, 30, an Air Force veteran who has been missing since April 27, worked as a nurse and was scheduled to pick their 2-year-old daughter, Faith, at 10 a.m. but failed to show.

A photo, made public just a few days after her disappearance by the Martin County Sheriff’s Office, shows the Air Force veteran, mother, and nurse in her last known location—a Publix grocery store in Hobe Sound, Florida.

In a previous press conference, Snyder ruled out Todd’s ex-husband as a suspect, and said there’s “no physical evidence or witness testimony links Todd’s ex-husband with her disappearance. Williams voluntarily took a polygraph and nothing indicates he was involved or has any information.”

Williams also faced a child neglect charge, according to Snyder.