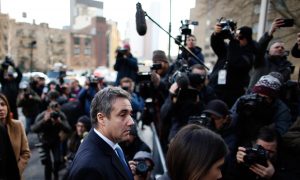 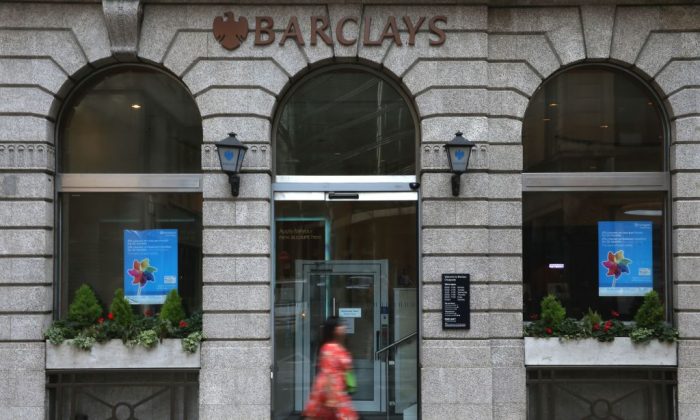 A pedestrian walks past a branch of Barclays bank in central London on July 25, 2018. (Daniel Leal-Olivas/AFP/Getty Images)
Companies

James Waddington, a lawyer for the UK Serious Fraud Office, said the defendants were part of an elite, well-paid group that fixed the odds in a zero-sum game as he opened the prosecution’s case in a criminal trial expected to last at least two months.

In London’s sixth rate-rigging trial, the three defendants are accused of conspiracy to defraud by dishonestly manipulating Euribor (the euro interbank offered rate), a Brussels-based benchmark that helps determine rates on more than $150 trillion of global financial contracts and loans, between 2005 and 2009.

“The issue is whether one or more of these defendants … was also a party to that conspiracy,” he told the 12-person jury at London’s Southwark Crown Court.

Euribor, like its Libor (London interbank offered rate) counterpart, is designed to reflect the cost of borrowing between banks and is set after submitters at a panel of major banks report their estimated costs of borrowing over differing periods to an administrator, who calculates an average.

Waddington alleged that the three defendants tilted the odds in their favor for profit, tweaked rates to gain a dishonest trading advantage, and thought they would not be caught out.

Some of the world’s most powerful financial institutions have paid around $9 billion to settle allegations that bankers submitted rates that flattered their own trading books.

Barclays was the first of 11 major banks and brokerages to be fined in 2012 following allegations of rate-rigging.