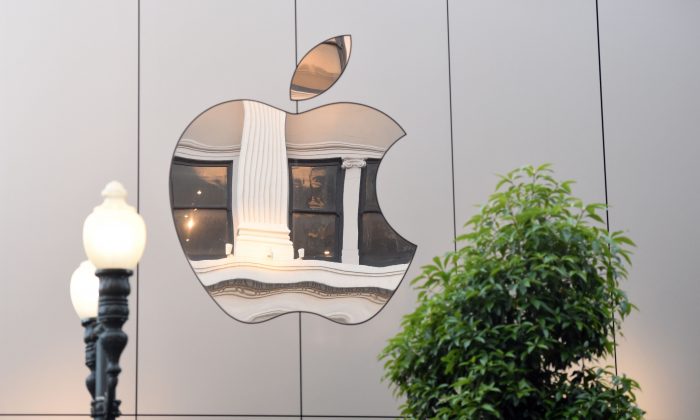 An Apple logo is seen on the outside of an Apple store in San Francisco, California on September, 22, 2017. (Josh Edelson/AFP/Getty Images)
US-China Relations

SAN FRANCISCO—U.S. authorities charged a former Apple employee with stealing trade secrets on July 9, accusing him of downloading a blueprint related to a self-driving car onto his personal laptop before trying to flee the country for China, according to a criminal complaint filed in federal court.

The complaint said the former employee, Zhang Xiaolang, disclosed intentions to work for a Chinese self-driving car startup and booked a last-minute flight to China after downloading the plan for a circuit board for the self-driving car. Authorities arrested Zhang on July 7 at the San Jose airport in California after he passed through a security checkpoint.

“We’re working with authorities on this matter and will do everything possible to make sure this individual and any other individuals involved are held accountable for their actions,” Apple said in a statement.

According to the criminal complaint, Zhang was hired to develop software and hardware for Apple‘s autonomous vehicle project, where he designed and tested circuit boards to analyze sensor data.

In April, Zhang took paternity leave following the birth of his child and traveled with his family to China, according to the complaint filed in the U.S. District Court for the Northern District of California.

When Zhang returned to the United States, he told his supervisor he planned to resign, move back to China, and work for Xiaopeng Motors, an intelligent electric vehicle company headquartered in Guangzhou City in southern China. Xiaopeng also has offices in Silicon Valley, the complaint said.

Zhang’s supervisor called Apple security officials, who discovered that Zhang had run extensive searches of secret databases and had visited Apple‘s campus on April 28, when he was supposed to be on paternity leave, the complaint alleged.

While on campus, the complaint alleges, Zhang took circuit boards and a computer server from a self-driving car hardware lab, and his Apple co-workers showed him a “proprietary chip.”

The complaint did not state whether the chip was intended for self-driving cars. About 5,000 of Apple‘s 135,000 employees were allowed access to information about its self-driving car project, but only 2,700 of them had access to the secret databases that Zhang had permission to see, according to the complaint.

Zhang told Apple officials he had taken the hardware from the lab because he wanted to transfer to a new position within Apple and thought it would be useful to him, the complaint said.

Zhang also allegedly downloaded data to a personally owned computer, including a 25-page secret blueprint of a circuit board for a self-driving car, which investigators described as “the single file” that “serves as the basis for the instant criminal charge.”