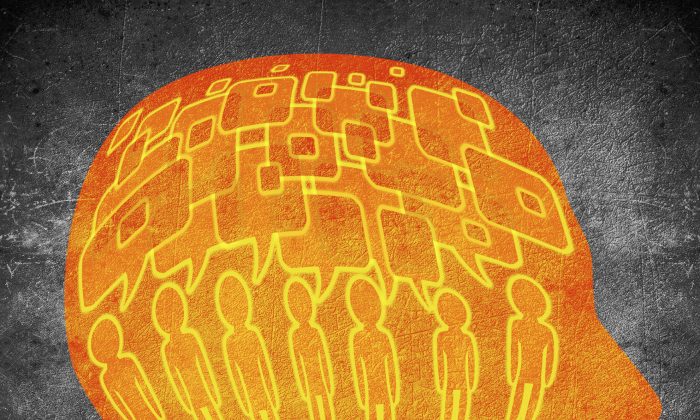 Evidence Group Consciousness May Have a Physical Effect on the World

Studies at Princeton University have suggested that two or more minds that hold the same thought or emotion simultaneously may have a tangible effect on physical surroundings. The power of thought is not just ideological. It manifests physically. Cohesion between individuals ramps up this power.

Roger Nelson coordinated research in the Princeton Engineering Anomalies Research (PEAR) laboratory for more than 20 years. He is now the director of the Global Consciousness Project, a collaboration between researchers worldwide to test the power of human consciousness.

PEAR investigations began to show in the 1990s that the human mind could influence the actions of a machine known as a random event generator (REG). REGs produce either 1s or 0s. They’re like electronic coin flippers, producing two possible outcomes generated at random. Operators were asked to direct their intention at the machine to cause it to produce either more 1s or more 0s. The REG displayed a corresponding tendency toward the choice of the subject at a rate well above chance.

Pairs of subjects, especially with an emotional bond between them, seemed to have more impact on the REG.

Data was then collected during group events. REGs deviated from chance predictions further “during deeply engaging rituals, concerts, and creative activities,” than they did during “mundane or chaotic situations,” according to a synopsis of Nelson’s talk at the annual Society for Scientific Exploration conference at the end of May.

Some of the big questions Nelson is now asking, according to this synopsis, include: “Would shared emotional responses to a devastating earthquake produce effects? Or the world shaking 9/11 terrorist attacks? What about the passions of a billion World Cup fans? Could the shared joy of great celebrations evoke changes in the random behavior of our instruments?”

He has started to find answers through the Global Consciousness Project. Through the project, researchers have simultaneously observed deviations in REGs throughout the world while global news reports broadcast about major events. “We have accumulated a seven-sigma deviation in answer to our basic question: Is there structure in random data during periods of shared attention to global events? The odds against chance are trillions to one, but beyond that, secondary analysis shows further structure. The findings suggest deep unconscious connections among humans that may be the source of correlations we find in otherwise random data,” Nelson said.