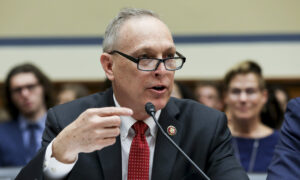 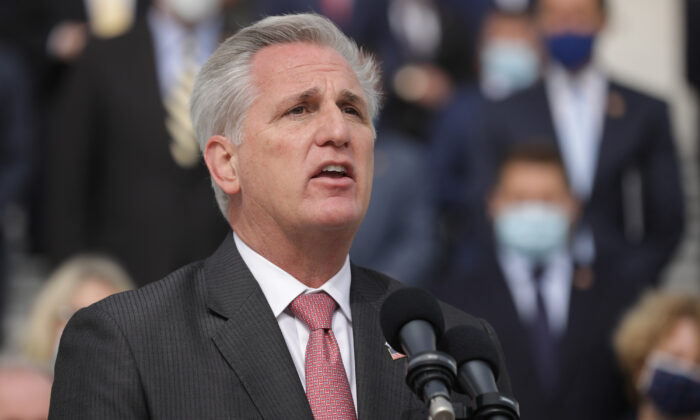 ‘Everybody Across This Country’ Has Some Responsibility for Capitol Attack: McCarthy

Americans across the country share responsibility for the Jan. 6 breach of the U.S. Capitol, according to the top Republican in the House of Representatives.

“The president bears responsibility for Wednesday’s attack on Congress by mob rioters. He should have immediately denounced the mob when he saw what was unfolding,” McCarthy said on the House floor before Trump was impeached for alleged incitement of insurrection.

In an interview with Gray TV’s “Full Court Press” that aired Jan. 24, McCarthy said he hasn’t changed his mind on that matter.

“So I think there’s from a whole nation, we should take this moment in time to find how we can correct ourselves. But President Trump said ‘peacefully.’ What I said on the floor was that President Trump could have responded faster when the riots first started.”

Trump hadn’t finished speaking at The Ellipse, about two miles from the Capitol, when the violence began on Jan. 6. After the breach happened, he put out one video, then another, urging people to leave the building and go home, and to respect law enforcement.

“I thought his video, the second video, was a very good video. I wish that was the first one,” McCarthy said.

“You weren’t the one who, in the words of [Rep.] Liz Cheney, ‘summoned this mob, assembled the mob, and lit the flame of this attack.’ Stop trying to take credit for the insurrection. Only one person could have unleashed this mob: the former President,” Rep. Ted Lieu (D-Calif.) wrote in a tweet.

“All of us now, everybody, he says, must take responsibility. No way. No way can that work,” Rep. Maxine Waters (D-Calif.) added on MSNBC’s “The Sunday Show.”

“This man is one of the operatives of Trump, and he has done everything to support him throughout his four years in office. He’s tried to back away from it, now he’s trying to blame others for it. The fact of the matter is, this won’t work—it won’t work. They cannot blame anybody else, the responsibility is squarely on the shoulders of the president.”