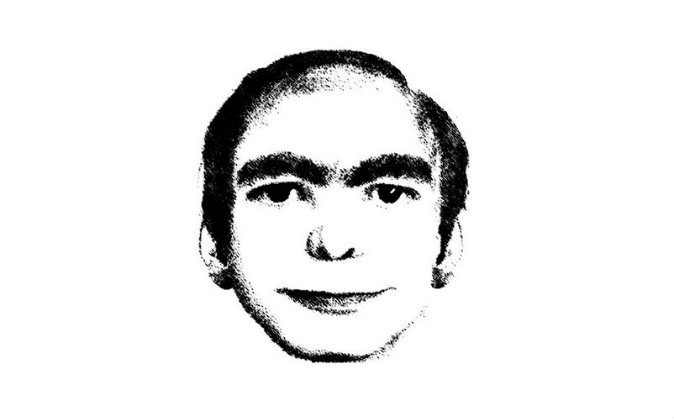 A sketch of a face thousands have reportedly seen in their dreams. (ThisMan.org)
Beyond Science

Ever Dream This Man? 2,000 People Have Seen Him in Their Dreams, According to Campaign

A worldwide campaign is underway to try and understand why this man’s face seems to appear in the dreams of thousands of people all over the world.

ThisMan.org explains how this face was first recognized, how people first started to realize they were all seeing the same face in their dreams:

“In January 2006 in New York, the patient of a well-known psychiatrist draws the face of a man that has been repeatedly appearing in her dreams. In more than one occasion that man has given her advice on her private life. The woman swears she has never met the man in her life.

“That portrait lies forgotten on the psychiatrist’s desk for a few days until one day another patient recognizes that face and says that the man has often visited him in his dreams. He also claims he has never seen that man in his waking life.

“The psychiatrist decides to send the portrait to some of his colleagues that have patients with recurrent dreams. Within a few months, four patients recognize the man as a frequent presence in their own dreams. All the patients refer to him as THIS MAN.

“From January 2006 until today, at least 2000 people have claimed they have seen this man in their dreams, in many cities all over the world: Los Angeles, Berlin, Sao Paulo, Tehran, Beijing, Rome, Barcelona, Stockholm, Paris, New Dehli, Moskow etc. …”

Epoch Times has contacted the administrators of the “This Man” website to find out the identity of the psychiatrist who first discovered the phenomenon, in order to verify the story. The administrators replied: “We are involved in a legal issue with the psychiatrist because of a phone call from a journalist. But we really believe it’s not important. Patient zero is just the first patient we discovered, not the first who dreamt this man.”

The website states: “In the past months some individuals have been trying to stop this website’s research, claiming that we might have a hidden marketing agenda. This is false! Those individuals are probably just scared, of what This Man could soon be announcing in many people’s dreams.”

So why does this man appear?

Theories: Who He Is, Why He Appears

The theories are varied, according to the website. Some say he fits within Carl Jung’s theory of archetypes and the collective unconscious. He could be an archetypal image that surfaces in times of hardship.

Some say he could be a real person who has somehow learned to surf the dream world.

Some say he is a higher being who manifests in people’s dreams.

Some say that in dreams, we don’t see faces clearly, and when people see this photo they attribute the appearance to a vague figure from their dreams.

Posters and flyers of this face have now appeared all over the world. The campaign’s website shows posters in Lithuania, Brazil, Germany, and many other locations.

This man is helpful and friendly to some dreamers, but other dreamers say he tried to kill them. Here’s a look at a few stories shared through Facebook.

1. “I dreamt this man… He was walking down the
street and I was just standing there. I saw him
pass and I started walking the opposite direction
and he was taller and he stood out of the crowd
and he spoke to me. He said ‘I believe in you.
Through all of this stress and pain you can get
through it.'”

2. “I dreamt this man… he tried to kill
me. I was on a swing set all alone, and
he started walking towards me slowly
with the same smile on his face. As he
got closer I tried to scream, but
nothing was coming out. He started
laughing as I tried to run away. I
couldn’t move fast enough and that’s
when I woke up. I’ve seen him in my
dreams a couple times, but never in the
same place.”

3. “I dreamt this man…It was this really strange
dream where I was in an abandoned town and I
was walking around asking for help and I saw that
man looking at me through a window and then I
went into one of the houses and sat down on a
bed. Then I heard a creaking noise. I looked over
and there he was. I have never had a dream like
that before or after that one.”

4. “I was standing in an old abandoned
hospital, [with] old gurneys left around. I have
never been there before, but I felt as
if I knew where I was. It was while I
was going down a hallway when I saw
this man beckoning to me to follow him.
He looked frightened for some reason. He
was yelling at me incoherently. So I
took off trying to [keep] up with him. But when
I turned the corner and then he was
there in front of me, smiling, a scalpel
in hand, I understood then [that he had] … tricked me
to come to my death. I tried to run but
I couldn’t move at all. He then
proceeded to slit [my] throat while laughing
so weirdly it might have not even been
from this earth. I then woke up with my
throat in so much pain I couldn’t [speak].”

5. “He came over to me and took my hand, I
was 6, and he looked about 32. He told
me to go in bed and sleep, I did as he
said and soon fell asleep. After a while
he started calling my name, just enough
to wake me up, but I didn’t lift the
covers off my head. “Come on Aleks, I
won’t hurt you,” he said sweetly. I
lifted the covers slowly, and saw him.
He had a name tag on his shirt, and I
found out his name. His name is Dan.”