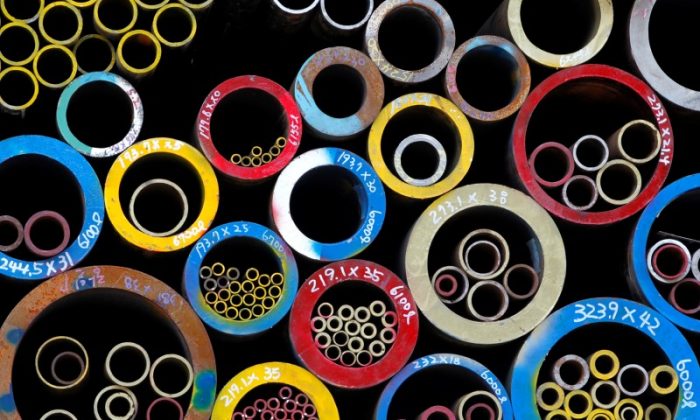 Canadian officials are trying to secure an exemption from potential U.S. tariffs on steel and have threatened retaliation if the plan goes ahead. (Reuters/Jo Yong-Hak/File Photo)
Canada

TORONTO—Canada’s steel sector could be wounded by U.S. tariffs even if the country is exempt from the 25 percent duty promised by President Donald Trump, as cheap steel previously sold south of the border floods into Canada, industry leaders said on Friday.

Canadian officials are trying to secure an exemption from potential U.S. tariffs on steel and have threatened retaliation if the plan goes ahead.

But even a deal that protects exports from Canada, the biggest steel supplier to the United States, would not solve all of the industry’s problems.

“It would significantly harm Canadian producers in our home market, just swamping the marketplace with that imported steel,” said Canadian Steel Producers Association President Joseph Galimberti on the proposed tariff.

A letter from nine Canadian steel executives sent to Prime Minister Justin Trudeau and other government ministers on Thursday warned that the tariff could displace 13 million tonnes of steel currently sold in the United States.

The letter, seen by Reuters, called for targeted trade cases and also raised the possibility of new legislation to defend the industry.

“We are feeling blindsided, truly,” said Keanin Loomis, president of the Chamber of Commerce in Hamilton, the heart of Canada’s steel industry. “We’re a resilient town. We are on the rebound, but this will obviously have huge impact.”

He said Canada needs not just an exemption from the tariff, but a strategy to deal with new imports.

Arcelor Mittal is the largest steel manufacturer in Canada, employing about 10,300 people with seven units in the country, according to the Canadian Steel Producers Association. In all, the industry accounts for 22,000 direct jobs and supports 100,000 jobs indirectly, said the association.