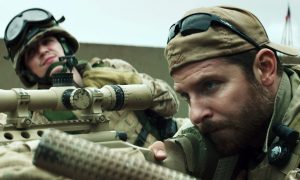 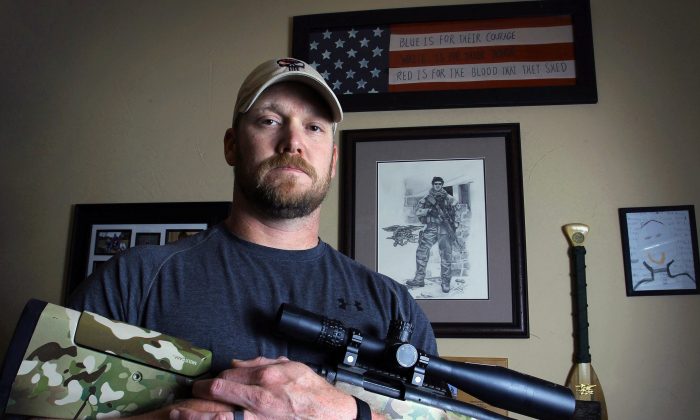 “American Sniper” has polarized the USA. Is it a red versus blue state thing? A guns, NRA, hunting, NASCAR-watching thing versus a latté-sipping, New York Times-reading thing?

One way or another, the fact is, stories about snipers and Navy SEALs are infiltrating our books and movies more than ever before.

Take the mega-popular Jack Reacher novels: Reacher’s ex-Army military police, a sort of nose-tackle-sized high-plains drifter, who gets pulled into rescuing desperate folks from bad people. He’s a talented marksman: He can spell out letters with a sniper rifle on a tree half a mile away.

What is it about sniping that we must hear about it over and over like bedtime stories?

In film, the Tom Hanks movie “Captain Phillips” tells a portion of the real-life story about the three SEAL snipers who parachuted into the ocean, swam to the mission, and matter-of-factly sniped three Somali pirates, simultaneously, off the fantail of a U.S. destroyer like it was another day at the office.

There are five sniper movies starring Tom Berenger. And now, of course, in “American Sniper,” we’ve got the king of all snipers, Chris Kyle.

American Sniper: What Rifle Did Chris Kyle Use?

His autobiography chronicles a special kind of warrior spirit, even by SEAL standards. He was diving down to the pitch-black ocean floor at 2 a.m. to un-snag the anchor of the fishing boat he worked on—in shark-infested waters—at age 13.

Look for Brandon Webb to become the next major SEAL name in the public eye, cinematically, after Chris Kyle and Marcus Luttrell (the SEAL who wrote “Lone Survivor,” also starring Mark Wahlberg).

‘Tell Us the One About…’

What is it about sniping that we must hear about it over and over like bedtime stories?

From a vengeance perspective—there’s the bad guy sneaking around, up to no good, thinking he’s getting away with it unobserved, and blam!! Thor’s hammer in the form of a .300 Winchester Magnum sniper bullet comes out of nowhere and smashes the bad guy like a bedbug. It appeals entirely to our indignant sense of instant karma.

It was recently opined that snipers are cowards. All it takes is the understanding that SEAL training weeds out quitters like no other military program on the planet, and you’d know that’s a foolish statement. They pick men who would literally rather die than quit.

SEAL sniper training is a course so tough that most tough SEALs who attempt it wash out. It calls for feats of enduring the unendurable, like crossing a 110-degree, baking desert floor, wearing a stifling camouflage Ghillie-suit, moving an inch per minute, for three days straight, to get into shooting position.

Here’s what else: Picture SEAL bootcamp (BUD/S)—at 3 a.m. you’re ordered out of your bed, told to strip down to your underwear, run down the beach, and get up to your neck in the icy-cold Pacific ocean. And stay there for 10 minutes. There are sharks out there.

Then, you’re ordered out onto a cement pier with a metal grate on it. You lie down on that metal grate. Stay there for 10 minutes. While SEAL instructors spray cold water from a hose on you.

Then back you go, into the ocean, for another 10 minutes. Then back to the grate. How long does that continue? One hour? Two hours? It goes on for four hours.

A 130-pound SEAL can run 13 miles, nonstop, carrying a hundred-pound pack on his back. Most civilians can’t run a hundred yards in that fashion. This never-quit forbearance factor is why we want to see more of what SEALs can do.

And SEALs are aware of this now. They’ve become celebrities. The more outspoken ones are all going to come sliding off the banisters of their Navy careers with book and movie deals, because Hollywood screenwriters can’t think up the insanely dangerous situations actual SEALs find themselves in.

Life is stranger than art. Tales of immense bravery are what we live for. So expect more stories about SEALs. And snipers. And SEAL snipers.