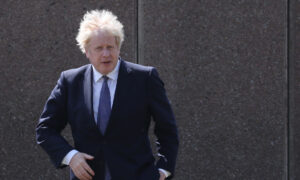 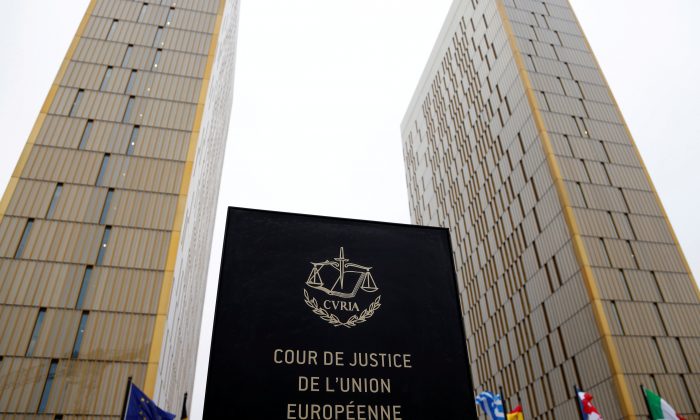 The towers of the European Court of Justice in Luxembourg on Jan. 26, 2017. (Reuters/Francois Lenoir)
UK

LUXEMBOURG—Europe’s top court said it would decide “quickly” on whether Britain can unilaterally reverse its decision to leave the European Union, a ruling that supporters of EU membership hope could lead to a second referendum and ultimately stop Brexit.

Lawyers for a group of Scottish politicians want the European Court of Justice (ECJ) to interpret whether Britain can revoke its notice to withdraw from the EU under Article 50 of the Lisbon Treaty, without the agreement of the other 27 states.

Some opponents of Brexit want a second referendum giving British voters the option to remain in the EU.

The ECJ said on Nov. 27 it would deliver its decision “quickly,” but gave no specific date.

“The British government doesn’t seem to want [lawmakers] and the public to know that Article 50 can be revoked. That’s why they fought this case so hard,” Joanna Cherry, a Scottish National Party lawmaker and one of the cross-party group of pro-EU politicians that brought the case, told Reuters.

The case was referred to the Luxembourg justices for a ruling by Scotland’s top court and “expedited” for an urgent one-day hearing before a full court of judges.

Article 50 of the EU treaty, which sets the rules for leaving the bloc, states that if a country decides to withdraw, it has two years to agree on an exit deal, a deadline which can be extended only if the remaining EU states unanimously agree. There is no mention of whether a state can change its mind. No other member state has ever left the 60-year-old bloc.

Aidan O’Neill, lawyer for the politicians, told the ECJ a ruling was necessary so lawmakers could make informed decisions.

“These petitioners need to know the options for revocation which are open to withdrawing member states now, to allow them—properly and in a fully informed way—to carry out their duties as democratically elected representatives,” he said.