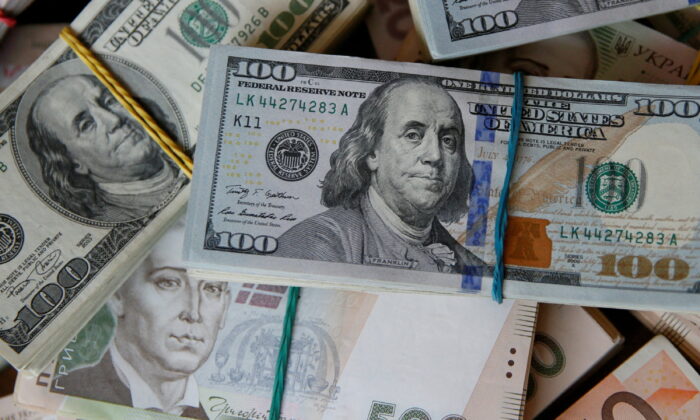 Eurozone Is Indeed Good Now Albeit Worse Ahead

Since the outbreak of the Russia-Ukraine war pushing up European inflation, there has been consensus that Europe will be economically worse than other continents. While everyone is saying Europe’s recession will be very severe, the United States on the other hand is confident that it will be able to avoid recession, and even if not, it won’t be severe at all. To see how true it is, the best is to compare Europe’s economic performance relative to the U.S. Charting them together is easy, but many time series go up and down together without giving a meaningful conclusion.

Thus, a better way is to compile the difference between the two; here we do Eurozone’s minus US’s. Without complicating the chart too much, five key macroeconomic variables are selected for comparison. They include real GDP, CPI (consumer price index), retail sales, and M2 (broad money), which are all in year-over-year rates. The fifth one is the unemployment rate; and because the lower it is the better it is, the difference is plotted on a separate axis (on the right) which is reversed. Done in this way, any difference above the zero line means Eurozone is better, and going up means improving.

From the accompanying chart, it is surprising to many that Eurozone’s GDP growth has been doing better than the United States in recent quarters. The false impression is often due to different headline growth numbers being reported—while Eurozone reports the year-over-year growth, the U.S. reports the annualized quarter-over-quarter growth. When translated to the same platform, Eurozone is indeed stronger. If inflation is an outcome of strong real activities, then Eurozone has also been surpassing the U.S. over the past few months, despite the war factor also in play.

In fact, even retail sales have been showing the Eurozone’s relatively improving trend since the COVID outbreak in the spring of 2020. Until recently, such a trend turned around abruptly but it is still not very certain if a new direction is confirmed. The jobless rate shows a flat trend in recent months, but this should be a lagging indicator reflecting coincident variables from one to two years ago.

The seemingly counterintuitive outcome of the Eurozone performing better is completely understandable if we look at the final variable: M2 YoY growth. At the onset of the COVID outburst, the United States did ease very aggressively. A year after spring 2021, however, the Eurozone had a much stronger tendency to ease than the U.S. where the M2 growth gap surged from the very bottom. Soon after this uptrend had been established, the other variables followed the same direction. Such a stronger tendency to ease is still being seen even now. No wonder Euro-dollar broke par.

The story also makes sense for higher inflationary pressure in the Eurozone than in the United States. Accordingly, the Eurozone needs an even tighter monetary condition but the European Central Bank is doing the opposite. As the Eurozone’s trend growth is fundamentally, and structurally lower than the U.S. but now making it higher by monetary policy, the correction ahead can be painful. This should instead be the reason why the outlook rather than the current situation is gloomy.