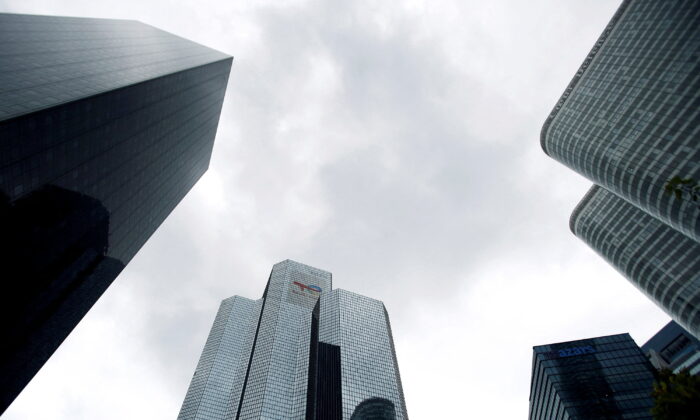 A view shows skyscraper office properties at the financial and business district of La Defense in Puteaux near Paris, France, on Aug. 23, 2021. (Sarah Meyssonnier/Reuters)
Economy

FRANKFURT—Investor morale in the eurozone plunged in March in the wake of the Russian invasion of Ukraine and its implications for the global economy, a survey showed on Monday.

Sentix’s index for the eurozone fell to -7.0 in March from 16.6 the previous month, hitting its lowest level since November 2020. A Reuters poll of analysts had pointed to a March reading of 5.3.

An expectations sub-index fell to -20.8 in March from 14.0 in February, the lowest reading in nearly a decade and the biggest drop in the Sentix index’s 20-year history.

A current conditions sub-index, meanwhile, fell to 7.8 in March from 19.3 in February.

Sentix said the eurozone economy was being dramatically hit by the Ukraine crisis, adding that the eastern European region was particularly suffering.

“The U.S. economy is also being hit by the crisis shock, although not quite as hard.”