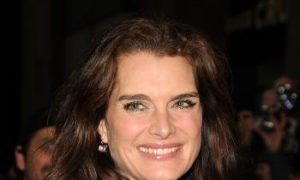 Eurozone Gets Back to Basics

By Heide B. Malhotra
Print
The euro, maligned by some and heralded by others, has not quite lost its luster yet. Some European countries are still queuing to adopt the euro currency.

The latest to make the grade is Estonia. That country has met the required standards to switch to a euro-based currency from the kroon, becoming the 17th nation adopting the euro since 1999, following in the footsteps of Slovakia, which adopted the euro in 2009.

“To qualify, candidates must show that their public finances are in good shape and the exchange rate and prices are stable. Their interest rates must also be low, and national legislation on monetary matters must be in line with EU [European Union] law,” according to the May 12 European Commission press release.

A European Commission cost and benefit analysis suggests that once Estonia has fully bought into the euro, there would be an upsurge of jobs. Apparently, countries that adopted the euro in 1999 saw job openings increase by 81 percent, from three million during the eight years before adopting the euro to 16 million since adoption of the euro.

So far, Denmark and the United Kingdom have not shown any desire to adopt the euro. On the other hand, Bulgaria, the Czech Republic, Latvia, Lithuania, Hungary, Poland, Romania, and Sweden would like to adopt the euro, but have not yet made the grade.

The EU was tasked to report every two years on member states’ compliance with economic and financial requirements. The latest report, “Convergence Report 2010,” was released in May 2010.

Setting Boundaries
The EU established a common currency, the euro, in 1999, which became legal tender in 2002.

As a member of the EU community with rights to use the euro as legal tender, the EU sets several requirements—government debt may not exceed 60 percent of gross domestic product (GDP), government spending may not exceed 3 percent of GDP, interest rate may not exceed 2 percent of the average rate in the three countries with the lowest inflation rates, and exchange rates must stay within a certain range of the European Exchange Rate Mechanism for two years.

These rules address inflationary fears, but disregard almost all other factors, experts say.

With Portugal, Ireland, and Spain (along with Greece, collectively known as the PIGS) dangling on the verge of joining Greece’s problematic financial situation, the European Central Bank (ECB) adopted an emergency funding program called the European Stabilization Mechanism, which seeks to safeguard Europe’s financial strength.

Under the program, member states may be able to draw on 440 billion euros (US$544 billion) if needed, but only in the form of a regular loan with interest. However, a caveat states that these loans may not be used as bailout for nations on the brink of default.

In a published speech, Olli Rehn, EU economic and monetary policy commissioner, addressed the health of the euro stating that member states have “suffered from a chronic failure to comply with rules and principles.”

Therefore, creation of a “mechanism of financial assistance, subject to strict conditionality, in the form of loans, with interest rates that makes it unattractive enough to be tempted to fall into this system” was imperative, Rehn said.

Eurozone Crisis
Greece has become insolvent and needed heavy bailout funds from fellow Europeans as well as the International Monetary Funds (IMF). Greece was handed a 110 billion euro (US$136 billion) bailout package that includes 30 billion euros (US$37 billion) from the IMF, to be paid out over a three-year period. The interest rate on the IMF loan is 3.5 percent.

With this rescue package, the EU leadership has violated its previous decree of not bailing out members in case of default. “The Community shall not be liable for or assume the commitments of central governments, regional, local or other public authorities, other bodies governed by public law, or public undertakings of any Member State …” as stated in Article 104b(1) of “The Maastricht Treaty,” establishing the European Community.

But the rescue package comes with tough strings attached; Greece must make severe budget cuts. Wages and social benefits represent 75 percent of Greece’s public spending. As such, pension reform and entitlement programs, such as Christmas, Easter, and summer bonuses, as well as early retirements are the first to come under the axe. Secondly, tax evaders must be called to task and tax collection is among the priority items.

The gist of the matter is that Greece, in joining the EU, not only violated the deficit and public debt condition of membership, but also with advice from the Goldman Sachs Group Inc., was able to defer part of its national debt into the future, hiding its true public debt.

Setting a precedence, the EU has set itself up for another bailout of Portugal and Spain, as both countries may face a similar meltdown as Greece.

“Without a bailout the message would have been sent to Portugal, Spain, and the rest of the EU to shape up fiscally, or they could find themselves in the same trouble as Greece,” said researchers in a report by the Independent Institute, an independent, nonprofit research institution based in Oakland, Calif.

“With the bailout, the message seems to be that fiscal problems aren’t that urgent, because the more responsible EU countries will step up to rescue the irresponsible.”