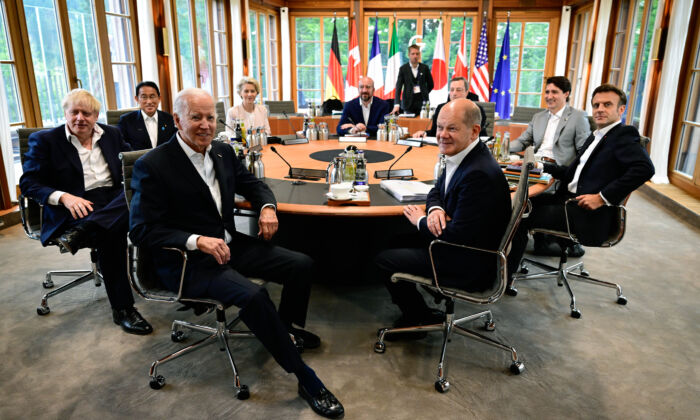 German energy prices, the European benchmark, hit €1,000 per megawatt-hour (MWh) for the first time on Aug. 29, after reaching €850 on Aug. 26, as the region’s energy crisis intensifies owing to a lack of Russian natural gas supplies as result of the sanctions against Russia.

Energy costs in Europe have soared 1,000 percent from last year.

Global oil prices also rose on the fear that there will be additional cuts in output.

Contracts for annual German power deliveries for 2023, according to Bloomberg, rose as high as 6.6 percent, to trade at €1,050 per MWh, from €850 at the end of last week, by midmorning in Germany.

French energy contracts surged above €1,000 level last week, as the nation suffers from a slump in nuclear power generation and severe drought.

Futures traders are already trading French energy prices at a staggering €1,600 per MWh for December.

The surge in costs worsened on Aug. 26, when energy prices in Germany and France rose more than 25 percent after fears that the Russians would further constrict the supply of natural gas to the European Union (EU).

Gazprom promised that it will resume gas flows if no problems were detected.

A historically severe drought, which has caused water levels on the Rhine in Germany to fall recently, has led to a shortage of coal at power plants.

The drought has also reduced the amount of water available that is needed to cool Germany’s few remaining nuclear reactors, and the required volume for hydroelectric dams; the situation has eased somewhat, however, after rain hit Western Europe over the weekend.

Energy prices have risen worldwide since the end of the pandemic lockdown measures last year, but the sanctions levied on Russia, due to its invasion of Ukraine, have worsened the situation.

The Russian economy has so far appeared to withstand the sanctions far better than expected, while the rest of Europe suffers from energy, food, and raw material shortages.

Germany in particular has been subject to skyrocketing energy prices as a result of slowing flows of natural gas from Russia, which is increasingly reluctant to supply it.

Many European power plants depend on Russian natural gas to generate electricity, which in turn has had a disastrous effect on the German economy, which receives the vast majority of its gas from there.

Germany over the past decade has pursued “green energy” alternatives to generate power, as well as shutting down its network of nuclear power stations, but the plan to close the remaining nuclear plants has been stalled for now.

Meanwhile, the German utility company Uniper stated last week that it will restart one of its coal power plants to generate extra electricity through the end of April 2023.

There have been recent shortfalls in gas shipments to Germany, which, according to Moscow, have come as a result of technical issues with the Nord Stream 1 natural gas pipeline.

German Economic Minister Robert Habeck said that the country’s gas storage facilities were filling up faster than planned, with industry data putting it at 82.2 percent.

Although the French have not abandoned nuclear power like Germany, it has still been hit hard by the surge in gas prices, due to the technical difficulties with 24 out of its 56 nuclear power plants.

The state-owned utility company Électricité de France announced that it was facing severe maintenance issues with corrosion at the nuclear facilities, with French electricity production falling to a historical low.

Although French nuclear output rose 2 percent today from the end of last week, to 43 percent capacity, causing EU spot power prices to fall, the energy crisis has shown no sign of abating.

The shortage in energy has caused a political crisis in the two leading economies of the EU, leading to warnings of widespread unrest and fears of riots, as many people suffer from higher energy bills and fears of a colder winter.

“Skyrocketing electricity prices are now exposing, for different reasons, the limitations of our current electricity market design,” said Ursula von der Leyen, president of the European Union, in a speech on Aug. 29, at the Bled Strategic Summit in Slovenia.

French President Emmanuel Macron declared last week that the energy crisis marked the “end of abundance,” calling on the nation to engage in an “effort of solidarity” to cut their energy usage.

Macron soon came under heavy criticism for his statements after he was shown to be hypocritically jet-skiing while vacationing in the French Riviera, while the rest of the nation was asked to make personal sacrifices.

The German chancellor visited Prague on Aug. 29, to meet with Czech Prime Minister Petr Fiala, in preparation for a future emergency conference next month regarding the European energy crisis.

Scholz said that the EU must adapt its energy policy, so it would “no longer have to bear these high prices we are currently seeing” and make further preparations for the winter.

He said that the leaders of the EU “will act together quickly,” as it was “necessary for us to make structural changes that contribute to prices sinking again quickly and there being a sufficient offer” of electricity.

The Czech Republic, which currently holds the rotating presidency of the EU, will convene the emergency meeting of EU energy ministers on Sept. 9.

“After a weekend full of negotiations, I can announce that I am convening an extraordinary meeting of the Energy Council. We will meet in Brussels on the 9th September. We must fix the energy market. Solution on the EU level is by far the best we have,”  wrote Czech Minister of Industry and Trade Jozef Sikela in a tweet.