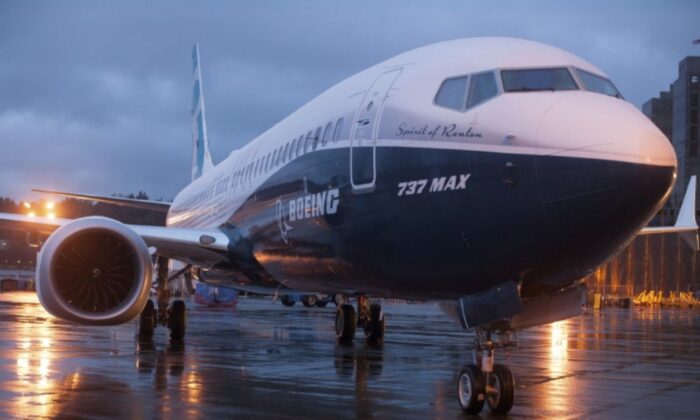 Europe’s Low-Cost Carriers Will Help to Drive Demand for New Planes Over Next 20 Years: Boeing

European low-cost carriers will help drive demand for new planes in the region over the next 20 years, as airlines replace their older fleets with more fuel-efficient jets, planemaker Boeing said on Sept. 21.

Of the 7,100 new single aisle jets, in which Boeing’s 737 jets compete against Airbus’s A320 and A321s, Darren Hulst, Boeing’s vice president of commercial marketing, said he expects to see a demand close to 3,000 come in the next 10 years alone.

Budget airlines likes Ryanair, which last week announced it had raised its five-year passenger traffic growth forecast to 50 percent, are behind that demand, Boeing said. Hulst also noted that the demand for planes in Europe by low-cost carriers would be stronger than anywhere else in the world.

“Globally our forecast in general is about 40 percent of single aisle demand is low-cost carrier, and I would say you could argue in this European space that number would be slightly higher,” he told a press briefing.

Prior to the COVID-19 pandemic, the company’s passenger traffic was 149 million but it now expects that to grow to over 225 million by March 2026, which is 25 million passengers per year higher than the previous target of 200 million.

Ryanair said the growth will be driven by the delivery of 210 new Boeing 737 Max jets over the next five years. However, the plans are subject to no adverse COVID-19 developments and vaccination levels remaining at 90 percent throughout Europe

Ryanair said the Boeing 737 Max jets will deliver “industry lowest costs, reduced emissions, and will enable Ryanair [to] accelerate its post-COVID growth as opportunities open up at primary and secondary airports all over Europe, particularly where legacy carriers have failed or reduced fleet sizes as a result of COVID and State Aid.”

The Irish airline, one of Boeing’s biggest customers in Europe, earlier in September abruptly ended talks with the U.S. planemaker over a new order of the larger 737 MAX 10 jets, worth tens of billions of dollars, after the budget carrier said the prices on offer were too high.

But Hulst showed no hard feelings and said that Ryanair was welcome to come back if it wanted more.

“I think we would continue to make sure that the 737 MAX 10 and you know other derivatives of the 737 can help Ryanair change the game even more,” he said.

Elsewhere on Tuesday, Boeing said it is expecting a demand for 1,545 new jets in Europe over the 20-year period in the wide body or long-haul sector.