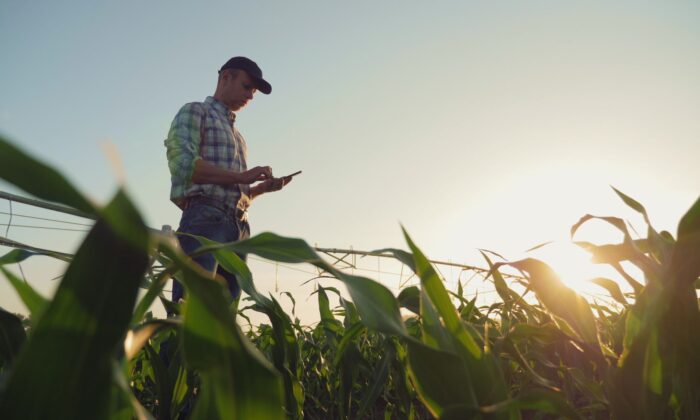 Vegetable farmers in Europe have warned that soaring energy prices could see more companies cut production and shut down, leading to chronic shortages.

The surging energy prices could see fewer tomatoes, peppers, and cucumbers, which are growing in the winter in heated greenhouses, and apples, onions, and endives, which are placed in cold storage.

“Refrigeration and cooling are very energy intensive, as is the heating of greenhouses,” Pekka Pesonen, secretary general at Brussels-based farm union Copa-Cogeca, told Bloomberg. “We might expect some shortages and greater seasonality, as well as a rise in prices to somewhat offset the increase of production costs.”

The warning comes as Europe is facing a growing energy crisis, prompted by its decision to reduce dependence on Russian gas following its invasion of Ukraine, combined with Russia reducing supplies to the European Union (EU) in response to a string of Western sanctions.

European natural gas prices soared higher this week after Russian President Vladimir Putin announced a “partial military mobilization” of Russian citizens amid a Ukrainian counteroffensive that has dealt the Kremlin a number of defeats in recent weeks.

Those costs, the groups said, were initially prompted by the COVID-19 pandemic rebounds and supply-chain issues, but have been further worsened by the Russia–Ukraine conflict.

Further exacerbating the situation are mass droughts, storms, and colder weather, which have dealt another set of difficulties to farmers and their crops.

“The latest increases in energy prices, especially natural gas and electricity, threaten the continuity of agri-food production cycles and, therefore, the ability to continue delivering essential agricultural commodities, food ingredients and products, and feed materials,” the groups said in a statement.

“To continue operating and to maintain a fully functioning food supply chain, the sector needs certainty on the access to energy and stable prices,” they added.

The food producer associations also noted that some of their members had already been forced to cut down on production, lay off staff, or, in worse cases, shut down their businesses completely.

“As during the COVID-19 crisis, we are committed to working with the European institutions to provide a continuous supply of high-quality and affordable products.” the groups noted.

Elsewhere, the greenhouse horticulture industry group Glastuinbouw Nederland says up to 40 percent of its 3,000 members are dealing with financial distress, while Sweden and Denmark’s largest tomato grower, Nordic Greens,  announced they will not be growing any tomatoes in the former country this winter because “electricity prices are just ridiculous” and they could not afford to pay for the increased costs.

Amid warnings of shortages in Europe, some analysts believe supermarkets may turn to clients with warmer climates, such as Morocco, Turkey, Tunisia, and Egypt, to source goods.

Jack Ward, chief executive of the British Growers Association, told Reuters: “We will move production further and further south, down through Spain and into Morocco and bits of Africa.”

Ahead of the winter, European states have outlined various measures to conserve energy, with Germany securing liquefied natural gas contracts with Persian Gulf producers, while France is racing to get old nuclear reactors up and running before then.