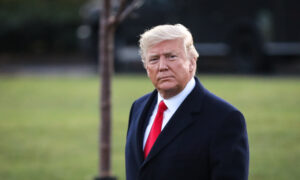 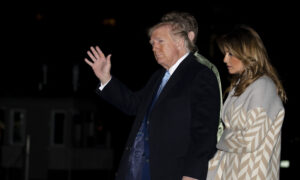 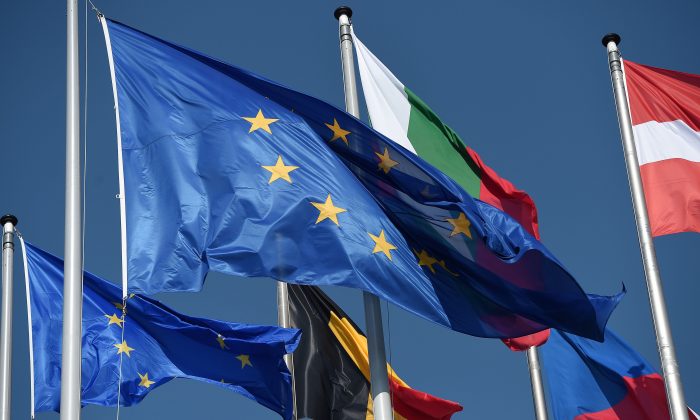 Flags of the European Union fly next to flags of EU member countries at the European Parliament in Strasbourg, eastern France, on July 1, 2019. (Frederick Florin/AFP/Getty Images)
Europe

BRUSSELS/PARIS—European parties to the 2015 Iran nuclear deal might launch a dispute resolution process this week that might lead to renewed United Nations sanctions on Tehran, European diplomats said.

Iran took a further step back from its commitments to the 2015 pact with six world powers by announcing on Jan. 5 that it would scrap limits on enriching uranium, although it said it would continue to cooperate with the U.N. nuclear watchdog.

Iran has criticized Britain, France, and Germany for failing to salvage the pact by shielding Tehran’s economy from U.S. sanctions, reimposed since 2018 when Washington pulled out of the agreement.

Confirming that an emergency meeting of the European Union’s 28 foreign ministers would take place on Jan. 9, an EU diplomat said: “We must be ready to react to Iran’s breaches of the nuclear deal.”

Asked whether this could mean triggering a mechanism that could result in international sanctions being reimposed on Tehran, the envoy said: “It is increasingly likely, but not yet decided. Friday will be key.”

Two other diplomats said France, Britain, and Germany could make the decision before Jan. 9.

Asked whether the mechanism would be triggered, one of the diplomats said: “Not later than Friday, but yes.”

‘The Deal Is All But Dead’

Iran, which says its nuclear program is for civilian purposes, has already breached many of the restrictions under the 2015 deal, intended to increase the amount of time Tehran would need to accumulate enough fissile material for an atomic bomb to about a year from 2-3 months.

“The vagueness of the Iran announcement makes it more necessary than ever to launch the mechanism since its whole purpose is to resolve the differences we have on this,” a third diplomat said.

Any party to the deal that believes another isn’t meeting its commitments can refer the issue to a joint commission comprising Iran, Russia, China, the three European powers and the EU. There would then be 15 days to resolve the differences, but the period can be extended if there’s a consensus to do so.

The process can ultimately lead to a “snapback”—the reimposition of sanctions in place under previous U.N. resolutions unless the U.N. Security Council decides otherwise.

Diplomats have said that unless any violations by Iran cross an unacceptable threshold, the Europeans will focus on extending the process rather than pushing toward sanctions, but it’s unclear what the Europeans’ breaking point would be.

“The deal is all but dead, but we will do everything to slow and limit the (nuclear) proliferation slope that has been taken to try and save what can be saved,” said a fourth European diplomat, suggesting Europe still needed to gauge what would be the impact of any measures Iran takes most importantly on the breakout time.