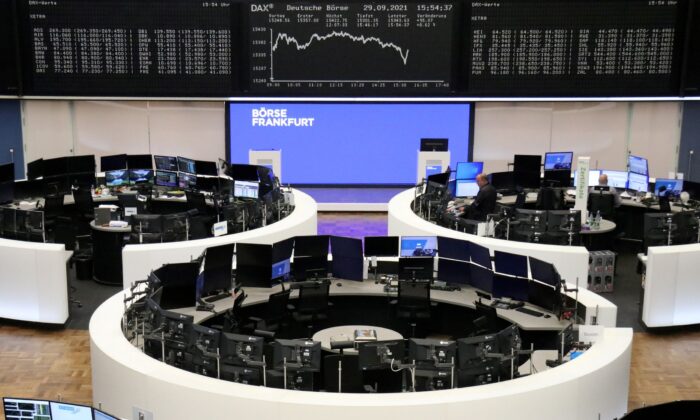 European stocks continued their rebound on Thursday from a bruising sell-off earlier this week, but were set for monthly declines on worries about a slowing global economy and higher inflation.

The pan-regional STOXX 600 index rose 0.6 percent, led by technology stocks, which were at the centre of the market rout, while miners rose from sharp declines fuelled by worries about China’s economy.

The European stocks benchmark is on track to end September with losses of 2.8 percent after a seven-month winning streak, as a surge in government bond yields drove investors out of high-growth sectors such as technology into economically sensitive banking and energy stocks.

“Recent market moves suggest that a rotation is under way in favour of sectors and assets that benefit from a consumption shift from goods towards services,” BCA analysts said in a note.

“Given that we do not expect rising interest rates to have a damaging impact on the real economy over the coming 12–18 months, we recommend that investors maintain a moderate overweight allocation to stocks.”

A growing number of risks including hawkish stance from the U.S. Federal Reserve, supply-chain constraints and Chinese property developer Evergrande’s financial troubles have weighed on sentiment this month, even as investors bet on a steady European economy.

Defensives-heavy Swiss market is among the biggest decliners this month, while banking-heavy Spanish and British indexes remained buoyant.

Among individual stocks, Sweden’s H&M was flat after the retailer said supply disruptions hit sales in September, while spirits maker Diageo Plc gained 2.5 percent after it forecast a boost to operating margins as people opt for premium brands.

Swedish cloud communication services provider Sinch rose 4.4 percent after saying it had agreed to buy cloud-based email delivery platform Pathwire in a deal worth about $1.9 billion.