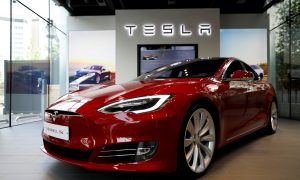 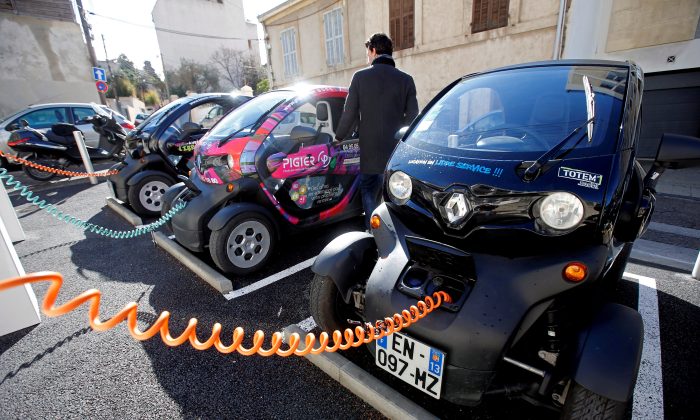 FRANKFURT/LONDON/PARIS—Ever wanted to run your electric car for free? If you’re open to a bit of give and take, then stay plugged in and your wishes might come true. At least that’s what some European power companies and Japanese carmakers believe.

E.ON and EDF are already working with Nissan to develop services that allow power stored in electric vehicle batteries to be sold back to the grid—and now they’re trying to persuade European carmakers to follow suit.

With millions of electric cars expected on European roads over the next decade, utility firms see both an opportunity to sell drivers more electricity and a risk that surges in charging at peak times could destabilize stressed power grids.

That’s why E.ON is working with Nissan to develop so-called vehicle-to-grid (V2G) services, including software for aggregating and marketing charging data so the German power company can predict peaks and troughs in electricity demand.

Nissan’s idea is that if you charge your electric vehicle (EV) at off-peak times and are prepared to sell power back to the grid when it’s under strain, you could effectively charge for free.

French utility EDF has teamed up with San Diego-based V2G technology specialist Nuvve to build the first commercial-scale V2G charging network in Europe for vehicles made by Japan’s Nissan and Mitsubishi.

Europe’s biggest utility by market value, Italy’s Enel, has also worked with Nissan and Nuvve on V2G pilots in Denmark and the Netherlands, as well as in Rome and Genoa.

The problem for the utilities is that unlike Nissan, the French, and German firms that will make most of the electric cars expected on Europe’s road in coming years are not playing ball—at least for now.

E.ON and EDF are talking to European carmakers about taking V2G seriously, according to two industry sources, but they are more focused on EV charging technology that the sources say is less suited to two-way flows than Japanese standards.

IONITY, a joint venture of Volkswagen, Daimler, BMW, and Ford, said it did not see an initial case for V2G in its drive to install high-speed charging stations across Europe to facilitate long-distance journeys.

“Our clients want to charge fast and not feed back in,” a spokesman for IONITY said. “Only in combination with an external storage system would a use case possibly be interesting.”

The idea of using millions of EV batteries as large virtual power plants to put power back into the grid has been around for years though the concept is still mostly at the pilot phase, mainly because there are very few EVs on the roads now.

But its appeal to the power industry is obvious.

With a typical car driving less than 10 percent of the day, the rest of the time car batteries could be used to balance out demand and supply swings in energy networks that increasingly need to juggle intermittent solar and wind power.

That’s the case in Germany in particular as it is phasing out baseload nuclear and coal-fired plants, unlike France and Japan which are sticking with nuclear to ensure a secure supply.

Jonathan Tudor, director of technology strategy at the innovation division of Britain’s biggest utility, Centrica, said V2G will be part of the mix of technologies stabilizing networks—once more EVs hit the road.

“Winding the clock forward 10-12 years, if consumer behavior stays the same we will see thousands of people arriving home and wanting to charge up their cars at the time that is already peak demand for most countries,” he said.

Alberto Piglia, global head of e-mobility at Enel, said as the EV market grows exponentially, there will be a tipping point at which there will be an explosion of related energy services. “We are preparing the world for this.”

One major hurdle for the roll-out of V2G in Europe is that for now it only works well with the EV charging standard developed in Japan known as CHAdeMO.

The IONITY e-mobility joint venture, meanwhile, is focused on establishing the Combined Charging System (CCS) plug as the industry standard.

But experts say the communication protocol between CCS chargers and EV batteries is not being set up currently in way that allows rapid changes in two-way information flows to charge and discharge electricity.

Rather, CCS is being developed so EV owners can charge vehicles as fast as possible, to encourage the acceptance of electric cars by drivers reluctant to give up the convenience of quickly filling up vehicles with gas.

The network of 4,000 V2G charging stations it is developing with EDF in Britain and France will only be used for now with corporate fleets of Nissan Leaf E-NV200 utility vans and Mitsubishi Outlanders running on the CHAdeMO standard.

That’s why Nuvve is also in talks with French and other carmakers about making CCS compatible with V2G.

China, the world’s biggest market for EVs, also has V2G in mind. China’s own GB/T standard is not well suited to V2G but the China Electricity Council struck an agreement with the Japan’s CHAdeMo Association last year to develop a common fast-charging plug that should handle rapid two-way flows.

But at a time when global infrastructure standards for EVs have yet to be established, German carmakers are reluctant to give up on the technology they have invested in, nor cede too much control over their vehicle components to utility firms—something V2G effectively requires them to do.

Still, despite making little headway so far, E.ON hopes that the CCS standard will become part of the V2G mix.

OVO Energy, a challenger to Britain’s “Big Six” power retailers, is also eyeing CCS as a market for the V2G charger it launched last year in a deal with Nissan.

One catch for V2G proponents is that constantly charging and discharging is widely perceived to be the fastest way to shorten the life span of a battery – the most expensive component in an EV usually accounting for about a third of its cost.