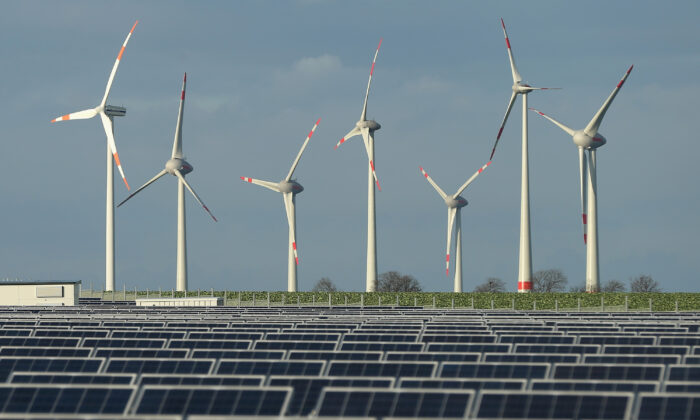 European Energy Independence Is Impossible With the Current Policies

Europe isn’t going to achieve a competitive energy transition with the current interventionist policies. Europe doesn’t depend on Russian gas due to a coincidence, but because of a chain of mistaken policies: banning nuclear in Germany and prohibiting the development of domestic natural gas resources throughout the European Union, combined with a massive and expensive renewable rollout without building a reliable backup.

Solar and wind don’t reduce dependency on Russian natural gas. They’re necessary but volatile and intermittent. They need backup for security of supply from nuclear, hydro, and natural gas. Dependency rises in periods of low wind and little sun, just when prices are highest.

Batteries aren’t an option either. It’s impossible to build an industrial-size network of enormous batteries; the cost would be prohibitive and the dependency on China to build them (lithium etc.) would be even more of a problem. At current prices, a battery storage system of Europe’s size would cost more than $2.5 trillion, according to an MIT Technology Review paper—massively more expensive than any other alternative.

Just the added cost of a battery grid plus the distribution and transmission network would make household bills soar even further.

Inflation was already out of control in Europe before the invasion of Ukraine was even a risk. The consumer price index (CPI) in Spain was 7.6 percent, in Portugal it was 4.2 percent, and in Germany, 5.1 percent. The euro area CPI was 5.8 percent.

In the face of the impact on prices and energy from the invasion of Ukraine, we must remember: