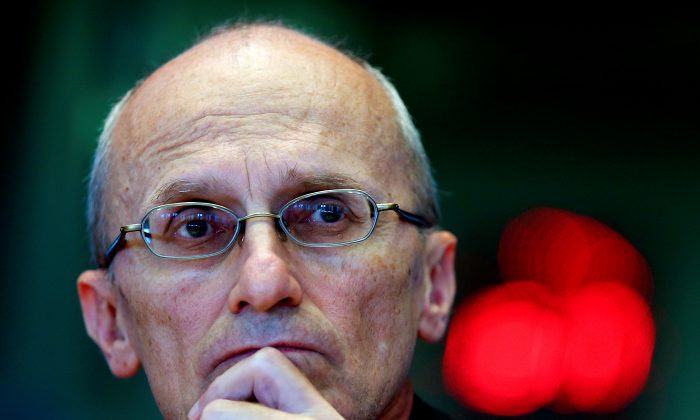 LONDON—Italian banks are expected to be in focus again when results of the latest stress test of top European lenders are released, a health check that could force laggards to raise capital or ditch assets.

The closely watched test of 48 banks across the European Union will be published by the European Banking Authority (EBA), the bloc’s banking watchdog, on Nov. 2.

It is being touted as EBA’s toughest test since the exercise was introduced in 2009 to identify any capital holes and ensure taxpayer rescues like those seen during the financial crisis a decade ago are not needed in future.

The performance of Germany’s biggest lender, Deutsche Bank, will also be scrutinized as it seeks to regain its footing after three years of losses.

The tests measure the ability of banks to withstand theoretical market shocks like a disorderly Brexit, a sell-off in government bonds and property, or a rise in political uncertainty against a backdrop of falling economic growth.

Supervisors will use the results to determine how much capital lenders should be holding or which risky assets should be sold over the coming year to lessen the need for capital.

While there is no formal pass/fail mark, investors will check how much core capital lenders hold against a threshold of 5.5 percent under the test’s toughest “adverse” scenario.

No bank is expected to fall below the 5.5 percent mark, but banks that are too close may come under market pressure.

“The stress test results might lead banks to issue more capital,” rating agency DBRS said in a note on Oct. 30.

Thirty-three of the banks covered by the test are in the eurozone, where the European Central Bank is their main supervisor.

Italian lender Monte dei Paschi performed worst in the last test in 2016 and has since been bailed out by the state, but it, along with lenders from weaker banking systems like Greece and Portugal, are not included in the EBA tests.

The ECB is separately testing a further 60 smaller banks, some of which are struggling, but will not be publishing the results.

The health check could heighten market concerns over Italian banks which have come under pressure because of the falling value of their large holdings of Italian debt since an anti-establishment, eurosceptic coalition took power in June.

Italy’s Banco BPM could suffer higher market volatility because it has a thinner capital buffer than its domestic rivals, analysts said.

Michael Huenseler, head of credit portfolio management at Assenagon, said he expected the result for Deutsche Bank to be “pretty similar” to that in 2016, with the bank’s improved capital ratio to be offset by a harsher adverse scenario.

The European banking index has lost more than 20 percent so far this year amid concerns over slowing economic growth, weak revenues and stubbornly high costs.

“From investors’ perspective, the results of the test will not shed any additional light on a sector that requires to transform itself dramatically and become much more profitable,” said Fernando de la Mora, a consultant at Alvarez & Marsal.