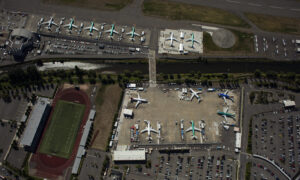 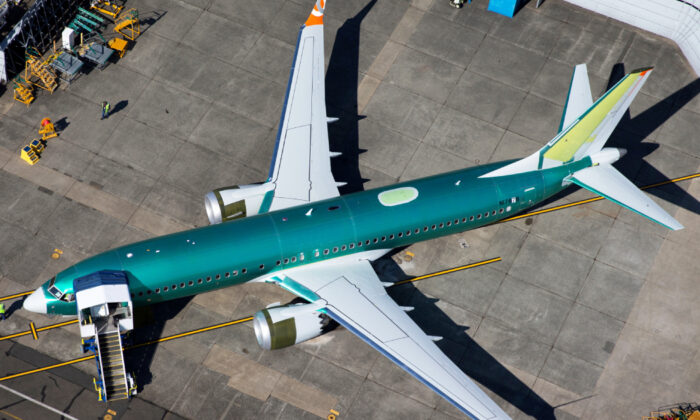 Europe Regulator to Clear Boeing 737 MAX in Jan at Earliest

The head of the European Union Aviation Safety Agency (EASA) declined to estimate when U.S. regulators would make their own decision to lift a flight ban imposed in March but said any gap between the agencies would be a matter of weeks rather than months.

Boeing has said it aims to return the jet to service by end-year following changes to cockpit software and training in the wake of two fatal crashes that sparked the grounding in March.

The U.S. Federal Aviation Administration has primary responsibility for lifting the ban and is expected to be followed by other regulators including EASA, but there have been reported concerns that other agencies could be slow to act.

“For me, it is going to be the beginning of next year, if everything goes well. As far as we know today, we have planned for our flight tests to take place in mid-December which means decisions on a return to service for January, on our side,” EASA Executive Director Patrick Ky said late on Oct. 18.

He said a return to service of the MAX would be coordinated with the FAA as much as possible, but that the two agencies had slightly different processes and consultation requirements.

“So we may end up with a couple of weeks of time difference but we are not talking about six months; we are talking about a delay which, if it happens, will be due mostly to process or administrative technicalities.”

Ky was speaking shortly before the disclosure of internal Boeing pilot messages from 2016 plunged the planemaker into fresh turmoil. On Oct. 21, he declined to comment on the messages.

Some analysts and unions suggested the texts could further delay a return to service, but FAA officials said following the release they did not expect the messages would affect tentative plans for a certification flight in early November. The FAA says it needs at least 30 days from that flight to end the grounding.

A European source said there were no immediate signs of an impact.

However, the timing for ungrounding the MAX is not set in stone and depends on a number of outstanding checks.

The FAA is waiting for a final Boeing system update designed to avoid so-called MCAS control software pushing the MAX’s nose downwards due to data from a single faulty angle-of-attack (AOA) or airflow sensor. Instead, MCAS will monitor both sensors.

EASA has not withdrawn a suggestion that only a third sensor would make the system foolproof but says it is prepared to set its concerns aside—at least on a transitional basis—if a separate exercise aimed at improving pilot procedures can make the workload from such faults manageable for an “average” crew.

“We are still looking at the changes made by Boeing on their flight control computers which they did over the summer and early September. We are entering a critical stage in the project where we look at the human-factor issues and how much in terms of workload a crew can take in terms of alarms,” Ky said.

The workload tests will be carried out together with the FAA, but EASA will perform its own flight and simulator tests.

These will help EASA decide whether to rely solely on improved cockpit procedures so that pilots can easily cope with any sensor outage, or demand another technical safety net to make it harder for sensor data to disappear in the first place.

“The two are complementary…If you want better AOA integrity, one obvious way would be to add another sensor, which is not easy to do,” Ky said.

If EASA concludes an extra fallback is still needed, Ky did not exclude making this a “synthetic” or computerized sensor capable of imitating a probe and sending calculated data to aircraft systems to supplement data from actual sensors.

“This has never been done before but we are open to discussing all possible solutions with Boeing,” Ky said.

He did not rule out introducing a transitional period in which the plane could be cleared with reduced pilot overload.

“If you have a new operational procedure which simplifies the workloads for pilots and enables you to arrive at an acceptable level …. this can be done for the return to service,” he said. “Now, is this level acceptable for a longer period than just the transitional period? That is something we need to assess.”

The outcome of the workload tests will also influence what training is required, Ky said.

Ky dismissed concerns that competition between global regulators would hamper a smooth worldwide return to service.

“There is no real competition between regulators,” he said.

He also rebuffed suggestions from some analysts that EASA is dragging its feet or allowing recent transatlantic political tensions to sharpen its scrutiny of the U.S.-made jet.

“All the decisions that we took on this project were technical decisions. We don’t do politics.”

Asked whether regulators now fully understood the accidents, the first of which is due to trigger a final Indonesian accident report later this month, Ky cited a combination of factors.

“With hindsight everything is much easier. … The interaction between the machine and the human is never completely rational; it is a human-machine interface,” he said.

“There were design mistakes for sure—the MCAS should never have been designed the way it was designed—and bad luck.”

Boeing has said the accidents were caused by chains of events of which the performance of MCAS represented one link.

On Oct. 20, it said it had developed improvements to the 737 MAX that would ensure similar crashes never happened again.