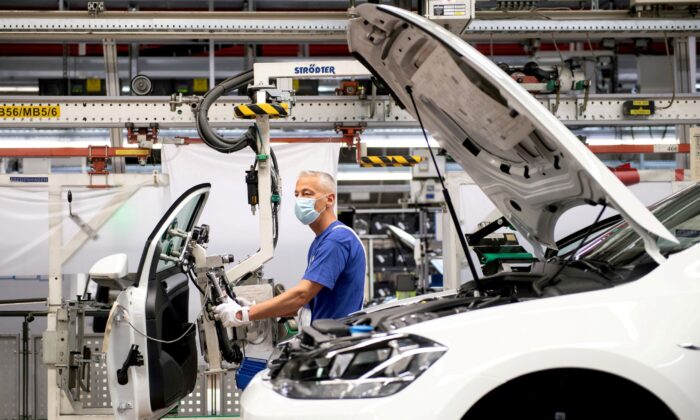 BRUSSELS—Euro zone producer prices jumped more than expected in October, data showed on Thursday, driven mainly by a surge in energy prices, while unemployment eased again as the economy continued to recover from the pandemic-induced recession.

Economists polled by Reuters had expected a 3.5 percent monthly rise and a 19.0 percent annual gain. Energy prices were the main reason behind the sharp increase, surging 16.8 percent on the month and rocketing 62.5 percent year-on-year.

Producer prices translate into higher prices for consumers and in November headline consumer inflation reached 4.9 percent, by far the highest level in the 25 years since the figure has been compiled, up from 4.1 percent a month earlier and well ahead of expectations for 4.5 percent.

Eurostat said the euro zone jobless rate continued to decline, falling to 7.3 percent of the workforce in October, as expected by economists polled by Reuters, from 7.4 percent in September.

Eurostat said the number of people without jobs fell to 12.045 million in October from 12.109 in September.