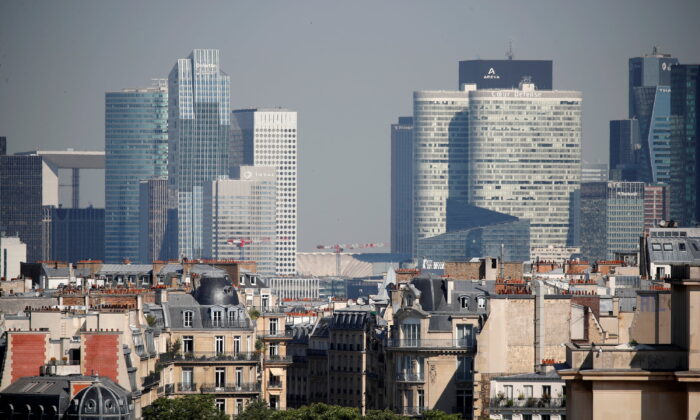 The skyline of La Defense business district during a warm and sunny day as a heatwave combined with pollution led to circulation restrictions in Paris on June 25, 2020. (Charles Platiau/Reuters)
Investment

BERLIN—Investor morale in the euro zone fell this month to its lowest level since May 2020, pointing to an “inevitable” recession in the 19-country currency bloc, a survey showed on Monday.

“Situation scores like the current one justify the expectation that a recession is inevitable,” Huebner added.