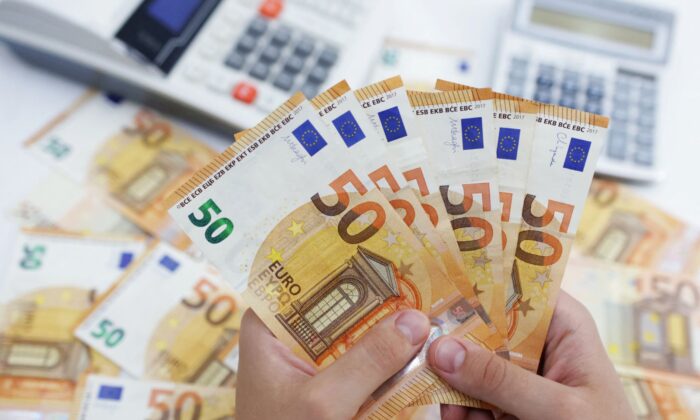 LONDON—The euro continued its retreat from a more-than-two-week high as disappointing activity data from France and Germany pushed the single currency lower, a day after the European Central Bank highlighted the path for interest rates would be data dependent.

Analysts said the eurozone economy appeared to be heading towards a recession.

“The U.S. economy is slowing but Europe is slowing quicker. It’s the reason why the FX market continues to be underweight the euro,” said Viraj Patel, macro strategist at Vanda Research.

The euro was already softer, even after the ECB raised rates by a more-than-forecast 50 basis points (bps) on Thursday, as its new tool to shield highly indebted states from soaring borrowing costs failed to impress investors.

Analysts also said the removal of the ECB’s forward guidance on rates and the move to a meeting-by-meeting, data dependent stance gives the central bank a small window of opportunity for further tightening.

“Maybe the ECB can eke out another hike in September but judging by the direction of travel for the European economy I don’t think they’ll be in any shape or form to be talking about rate hikes in December or early next year,” Patel added.

Traders are now pricing in under 110 bps of ECB rate hikes by December, down from around 120 bps before the data.

The dollar index—which measures the greenback against six major peers, with the euro the most heavily weighted—was last up 0.46 percent to 107.10, following a 0.34 percent slide on Thursday.

For the week, the index remains down 0.83 percent, the biggest decline since May 29 and its first losing week in four, as disappointing U.S. data has dampened expectations of a large 100 basis point (bps) hike from the Federal Reserve next week.

Traders now put 83.7 percent odds on the Federal Open Market Committee raising rates by 75 bps on July 27, with a 16.3 percent probability of a full-point hike.

The dollar rebounded 0.1 percent to 137.475 yen with the Japanese currency on track for its first weekly gain against the greenback in eight weeks.