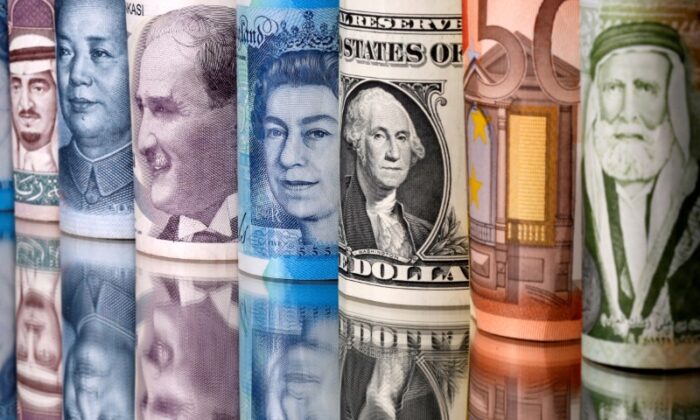 LONDON—The euro slipped broadly against its rivals on Friday, falling to more than one-year lows against the Swiss franc, as Italian bond yields resumed their upward march a day after the European Central Bank struck a dovish note at a policy meeting.

At the meeting President Christine Lagarde disappointed market expectations that she would push back firmly against the recent pricing in of two ECB rate hikes by December 2022, which is at odds with the bank’s economic outlook, and long-term inflation expectations that are above the ECB’s target.

Major currencies have failed to benefit from surging yields on short-term government debt globally as investors have weighed the likelihood that central banks risk falling behind the curve in taming widening inflationary pressures that was perceived as transitory.

“The reality is that all dovish central bank guidance is really being challenged by the markets,” MUFG strategists said in a daily note.

Italy’s benchmark 10-year yield rose as much as 9 basis points to 1.08 percent, compared to 1.05 percent on Thursday.

While some analysts believe some of the interest rate pricing by money markets for next year is excessive, investors believe inflation will remain sticky unless supply-side issues are ironed out and energy prices remain elevated.

Elsewhere, the dollar index, which measures the currency against six main rivals, including the euro, edged up 0.1 percent to 93.462, but remained close to Thursday’s low at 93.277—a level not seen since Sept. 27