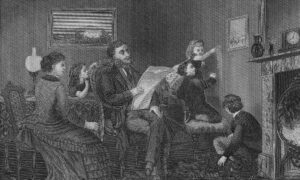 Euro Rally Is A Selling Opportunity

In the early parts of April, we have seen the yearly rallies in the Euro and British Pound re-establish themselves. Forex pairs like the EUR/USD and GBP/USD are once again threatening to break above their yearly highs as weakness in the US Dollar has been broad-based. But the real question that needs to be asked is whether or not these moves truly match the underlying fundamentals. Or is it more likely that we are seeing knee-jerk reactions that are flow driven as traders exit positions after breaks of closely watched support and resistance levels?

When we look at most of the factors that really drive long-term trends, the latter scenario looks far more likely. This means it is time to start building sell positions in currencies like the Euro and the Pound. Either choice is fine for those looking to get bearish, but the stagnant fundamental developments seen in the economically disjointed Eurozone create some of the safest risk-to-reward scenarios for those looking to bet against an asset in the currency markets.

Most important on the list of reasons to sell the Euro and Pound can be found in the publicly stated policy stances at each central bank. The most recent example of this came during the early April meeting at the European Central Bank (ECB), where the concluding policy statement placed a good deal of concern on the deflationary environment in consumer prices (0.5% for March) and the fact that there are still mechanisms available for the central bank to stimulate growth and consumer activity.

“The latest policy statements were an implicit suggestion that the ECB is more than willing to make policy more accommodative,” said Rick Bartlett, markets analyst at CornerTrader. “So we could still see lower interest rates when there are clear national examples of economies that are moving in the other direction.” The obvious example here can be found in the US and its Federal Reserve, where stated policy intentions have moved ahead of the pack and clearly outlined its intentions to remove monetary stimulus and allow the economy to start working on its own merits.

I write on a variety of topics for this site and have had many debates with readers over whether or not the US economy is prepared to function sustainably under this new framework. But at this stage, those debates are largely irrelevant as there is little reason to believe we will see QE programs that extend beyond the final months of 2014. For stock investors, this creates a bullish scenario for assets like the PowerShares DB US Dollar Index Bullish ETF (NYSEARCA:UUP). This is a negative scenario for assets that are denominated in all of the greenbacks most commonly traded counterparts.

The uptrend is still looking healthy on the daily charts until we start to look at the longer term indicator readings, which have moved into overbought territory. This suggests that new yearly high could still be seen. But it is time to start positioning for moves in the other direction. A break above 138 suggests a move toward 140, but this psychological area should be viewed as a good entry for new sell orders.