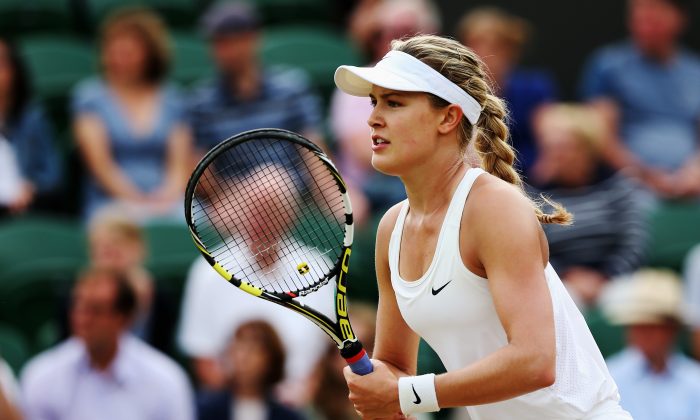 Eugenie Bouchard of Canada during her Ladies' Singles second round match against Silvia Soler-Espinosa of Spain on day four of the Wimbledon Lawn Tennis Championships at the All England Lawn Tennis and Croquet Club at Wimbledon on June 26, 2014 in London, England. (Photo by Matthew Stockman/Getty Images)
Sports

Eugenie Bouchard will take on Andrea Petkovic at Wimbledon 2014 on Saturday, June 28.

Live streaming will be available through BBC iPlayer and Watch ESPN as well as the WTA and TennisTV.

“I remember it being a really big occasion for me at the time,” the 20-year-old said of the 2011 clash to Wimbledon.com.

“It was my first wild card into the main draw at the Rogers Cup – it was a big deal for me.”

“I remember it was really close at the beginning, I stayed with her.”

“In the end she kind of overpowered me a bit – but I learned a lot from that match.”

Although Petkovic would beat the current 13th seed again in Charleston, Bouchard is not going to “think about that [2011] match or even the one in Charleston” when she goes head-to-head with Petkvovic again at Wimbledon.