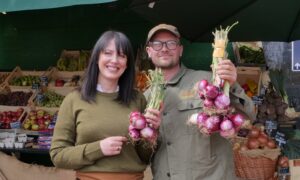 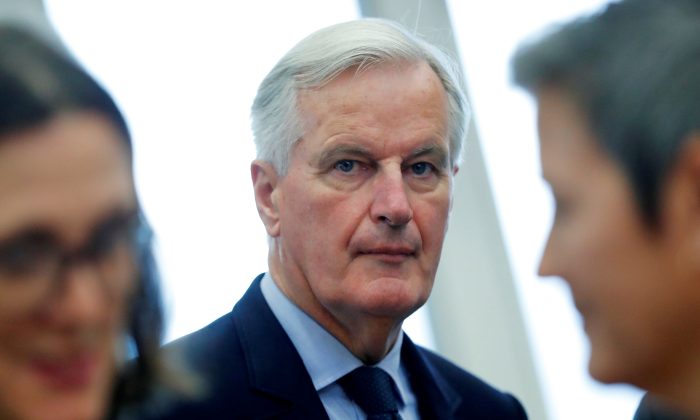 EU Suggests Post-Brexit Customs Backstop Could Offer Something for Everyone

BRUSSELS—The EU has suggested that a post-Brexit backstop customs arrangement covering all of the United Kingdom could give mainland Britain some scope to set trade rules while keeping the province of Northern Ireland aligned with the EU, European diplomats and officials said Nov. 2.

Since a deal that included keeping all the UK inside EU customs rules was rejected by Prime Minister Theresa May on Oct. 14, negotiators have worked to narrow differences.

The key idea would be that Great Britain and Northern Ireland would remain a single customs territory under World Trade Organization (WTO) rules, linked in a customs union with Ireland and the rest of the EU, diplomats told Reuters. However, the mainland could, if it wished, apply somewhat different rules without breaking the WTO regulations on international trade.

The aim would be to satisfy Ireland, which insists that there must be no border infrastructure with the North after Brexit; the Northern Irish DUP party, which props up May’s government and insists it must not be treated differently from mainland Britain; and the “Brexiteers” in May’s party who say Britain must have the right to do its own trade deals after Brexit.

Northern Ireland would need to avoid diverging so far, in order to ensure that its land border was close to frictionless.

EU negotiators briefed national envoys in Brussels on Oct. 31 and are now waiting to hear back from London. EU diplomats said they doubted a deal could be completed in time for a tentatively scheduled summit on Nov. 17-18, but that it could perhaps come a week later.

“That is the idea,” said one senior EU diplomat briefed on the latest negotiations. “Now we have to see if May buys it.”

The latest customs union proposal is broadly similar to one that British negotiators took back to London three weeks ago.

EU chief negotiator Michel Barnier proposed then that a new customs arrangement would be set out in the legally binding withdrawal treaty itself, bending an EU “red line” under which he had previously insisted that the future EU-UK relationship on trade could only be outlined now, and negotiated after Brexit.

The EU originally proposed keeping Northern Ireland alone under EU customs rules and other economic regulations in order to avoid disrupting the peace in the province by setting up barriers on the Irish border, the only EU-UK land frontier.

This was to be a “backstop” insurance clause in the Brexit treaty, to be triggered if, by the end of a status-quo transition period, no better way had been agreed to keep the Irish border operating more or less as it does now.

May rejected that as creating new barriers between Northern Ireland and the British mainland. Brussels rejected her plan to let mainland Britain, too, enjoy special access to the EU market—but the two sides have since come closer on a possible plan.

Brussels offered to let the whole UK stay in a customs union indefinitely, but this is unpopular with Brexit supporters, who want the freedom to set new trade terms with other countries.

By Gabriela Baczynska and Jan Strupczewski