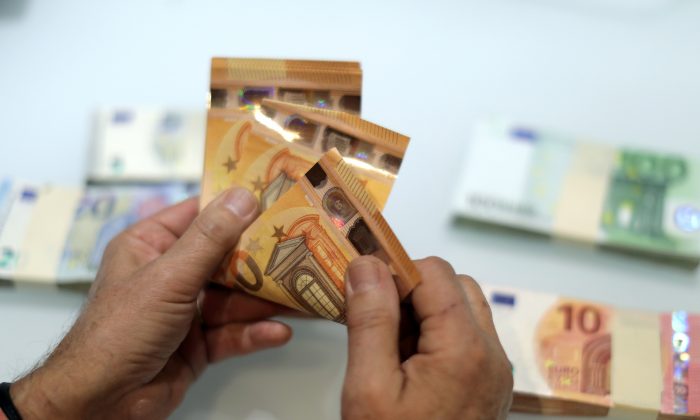 EU Steps Up Preparations for Euro Clearing in ‘No Deal’ Brexit

LONDON—European Union regulators began on Nov. 23, to implement plans to ensure that trillions of euros in cross-border derivatives transactions would not be disrupted in the event of a “no deal” Brexit.

Britain and the EU are due on Sunday to endorse a divorce deal that includes a transition period from Brexit next March until the end of 2020, but it is unclear if there is enough support in Britain’s parliament to vote it through.

The European Securities and Markets Authority (ESMA) said on Friday it would begin the process of temporarily “recognizing” clearing houses in Britain so they could continue clearing derivatives trades for EU customers after Brexit if no transition is in place.

LCH, an arm of the London Stock Exchange, clears more than 90 percent of interest rate swaps in Europe, contracts that allow banks and companies to shield themselves against unexpected moves in interest rates harming their business.

French central bank governor Francois Villeroy de Galhau, who has spoken out against British clearing houses having access to European markets without EU oversight, said on Friday he supported a temporary solution in case of a no deal Brexit.

“But this would obviously have to be a temporary solution, for a period of no more than a year or so,” he told a regulatory conference in Paris.

ESMA was given the green light to put contingency plans in place by the European Commission earlier this month.

“ESMA has already started engaging with UK CCPs (clearing houses) to carry out preparatory work,” the EU watchdog said in a statement.

The Bank of England has said preparations in case of a no deal Brexit were urgently needed, but Brussels has insisted for months it was up to the private sector to act first.

EU policymakers and the European Central Bank ultimately want to see more euro-denominated clearing being located in the eurozone, under the bloc’s direct supervision, once Britain becomes a non-EU state.

LCH has a subsidiary in Paris and customers are shifting the clearing of euro repo contracts to the French capital from London, but Villeroy wants the eurozone to build its own capital market after Brexit.

“Fortunately, LCH SA will centralize repo transactions at the beginning of 2019. More generally, we would like to see the development in Paris of an enhanced and extended clearing services offering in the area of interest rate derivatives.”

LCH parent, the LSE, has said it has no plans to apply for a license to clear interest rate swaps in Paris.