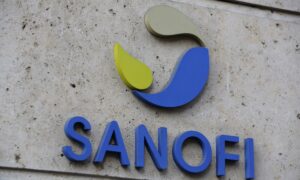 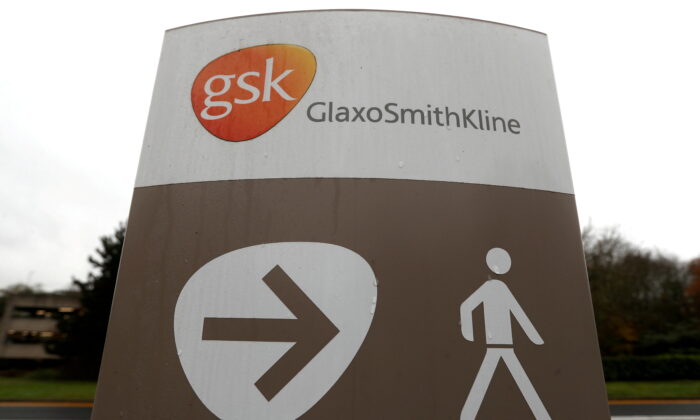 A GlaxoSmithKline (GSK) logo is seen at the GSK research centre in Stevenage, Britain, on Nov. 26, 2019. (Peter Nicholls/Reuters)
Europe

BRUSSELS—The European Union has signed a contract with GlaxoSmithKline (GSK) for the supply of up to 220,000 treatments of its investigational monoclonal antibody therapy sotrovimab against COVID-19, it said on Wednesday.

The drug, which is developed together with U.S. firm Vir Biotechnology, can be used for the treatment of high-risk coronavirus patients with mild symptoms who do not require supplemental oxygen, according to the Commission.

The deal is a boost to GSK work on potential treatments for COVID-19 after the company played a limited role in the development of vaccines. Rather than making its own coronavirus shot, GSK has focused on supplying its booster to other developers and has partnered with Sanofi to develop a jab.

GSK confirmed the deal in a statement on Wednesday, saying it represented “a crucial step forward for treating cases of COVID-19” in Europe.

The drug is currently being assessed by the European Medicines Agency (EMA) under a rolling review.

It has received emergency authorization in the United States to treat mild-to-moderate COVID-19 patients who are at high risk of developing a severe infection.

The contract has been backed by 16 of the 27 EU states, which can buy the drug only after it is approved by EMA or by national drug regulators. The price agreed for potential purchases has not been disclosed. A spokesman for the Commission declined to comment on the matter.

The deal with GSK follows a contract the EU signed in April with Swiss pharmaceutical giant Roche to secure about 55,000 doses of a potential treatment based on a cocktail of monoclonal antibodies developed by Roche together with the U.S. drugmaker Regeneron.

Apart from monoclonal treatments, the only other anti-COVID drug the EU has bought is Gilead’s remdesivir, an antiviral medicine. Last year, the EU reserved half a million courses after the drug obtained a conditional EU approval.