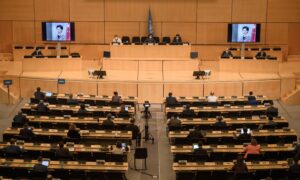 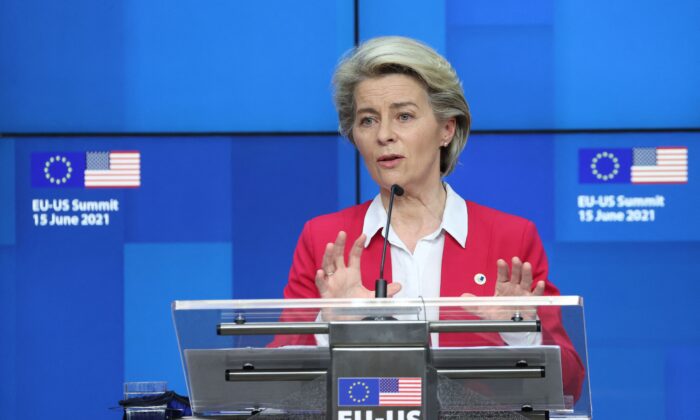 President of the EU Commission Ursula von der Leyen gives a press conference after an EU-US summit at the European Union headquarters in Brussels, Belgium, on June 15, 2021. (Kenzo Tribouillard/AFP via Getty Images)

BRUSSELS—China’s record on human rights is the main issue that divides it from the European Union and makes it a systemic rival for the bloc, European Commission President Ursula von der Leyen said on Tuesday.

“We are strong economic competitors, without any questions, and for that we need tools,” the head of the EU’s executive told a news conference after talks with U.S. President Joe Biden.

“We need tools for security within the digital market—for example the 5G toolbox—but also foreign direct investment, investment screening … to ensure that there is a level playing field.”

“When it comes to the system itself, it is human rights and human dignity … that is the main issue that clearly divides us,” von der Leyen added.

By Marine Strauss and John Chalmers