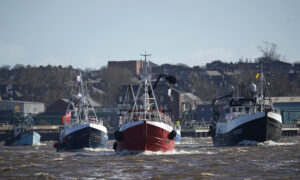 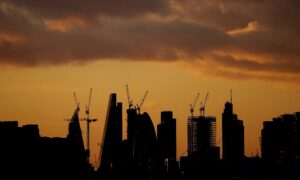 More Than 7,500 Finance Jobs Have Left Britain for Europe Due to Brexit
0 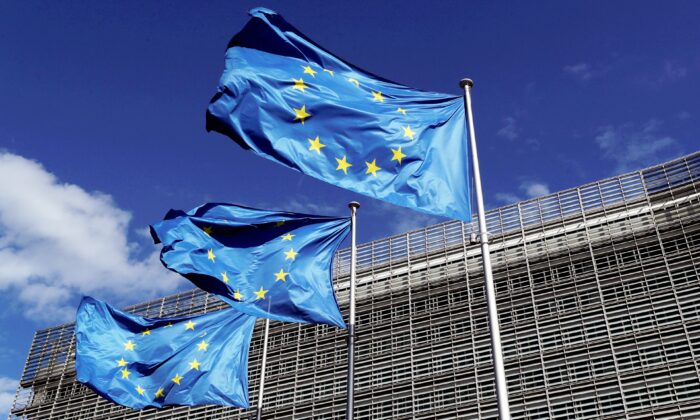 BRUSSELS—The EU on Tuesday demanded “substantive” movement from Britain on fisheries, dispute settlement, and guarantees of fair competition in their post-Brexit trade talks, which Germany said were at a “critical stage.”

France said the 27-nation bloc must not yield on fishing rights. Ireland—the EU member most exposed to any abrupt economic split at the end of the year—said Britain was running out of time to seal a new trade deal with the bloc.

Britain, the world’s sixth-biggest economy, left the EU in January and has since been locked in painstaking talks with the world’s largest trading bloc to keep trade flowing freely.

With a year-end deadline nearing to put new arrangements in place, the European affairs minister of Germany—current holder of the bloc’s rotating presidency—said the EU was working hard for a deal—but was also ready to trade from 2021 without an accord to avoid tariffs or quotas.

“We are at a very critical stage in the negotiations and we are extremely under pressure. Time is running out,” Michael Roth told journalists during talks with his 26 fellow EU ministers.

“That’s why we expect substantial progress by our friends in the United Kingdom in key areas: in particular on governance, ‘level playing field,’ and fisheries.”

The EU-UK negotiation aims to reach a new partnership on everything from trade to transport and nuclear ties from Jan. 1, when London’s post-Brexit standstill transition runs its course. A trillion euros ($1.17 trillion) of annual trade are at stake.

Irish Foreign Minister Simon Coveney said: “All of us need to ensure that we do everything we possibly can to make sure that we make a deal possible in the next few weeks, because we are running out of time.”

EU leaders hold a summit in Brussels on Thursday and Friday to assess progress, and British Prime Minister Boris Johnson has also said he wants to know by Oct.15 if a deal can be reached.

Johnson told top cabinet ministers on Tuesday that ending the year without a trade deal held “no fear,” his spokesman told reporters.

A key face of the 2016 Brexit campaign, Johnson has talked to French President Emmanuel Macron and German Chancellor Angela Merkel in recent days.

On Tuesday, Merkel said a deal was “in the interests of all” and that the bloc still wanted to get it, “but we must also be prepared in the event that no agreement is reached.”

EU Brexit negotiator Michel Barnier said the bloc would keep on pushing for a “fair deal.”

But an EU diplomat said Barnier’s update for the ministers had been downbeat: “There is some movement here and there, but it is far from sufficient. ‘Level playing field,’ fisheries, and enforcement measures remain the key controversial issues.”

France, which sets great store by fisheries, has shown little willingness to compromise with Britain on future access to fishing waters and sharing out quotas, despite growing pressure from others in the bloc to help unlock a deal.

French Europe Minister Clement Beaune said the bloc must be “very firm” on its top priorities, including fisheries, and that safeguards of fair competition were a must to access the EU’s internal market of 450 million people without trade barriers.

Macron is expected to hammer that point when he meets his fellow EU national leaders in Brussels.

But, with both sides raising the stakes and markets increasingly jittery, the leaders also appear certain to grant Britain time for more talks, at least until the end of the month.

The EU says a deal must be agreed upon by the end of the month to leave time for ratification by the European Parliament.

Konrad Szymanski, European affairs minister of Poland, one of the EU states most keen to keep close ties with Britain, told Reuters, “We will negotiate until the last minute.”

By Gabriela Baczynska and Marine Strauss