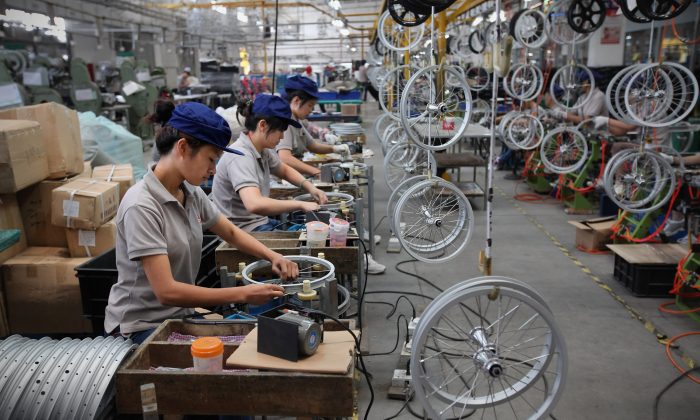 BRUSSELS—The European Union is poised to extend for a further five years anti-dumping duties on Chinese bicycles on the basis that input costs are distorted by state intervention and that any lifting of measures would lead to a flood of imports.

The European Commission has completed a review of whether such measures are still warranted and concluded that they are, according to a document seen by Reuters. Assuming EU governments do not oppose this finding, tariffs will be rolled over for a further five years.

The extended duties would be the latest in a series of EU measures against Chinese exports ranging from solar panels to steel, which have sparked strong words from Beijing.

Imported Chinese bicycles, subject to anti-dumping duties since 1993, currently face an import tariff of 48.5 percent. The measures also extend to bicycles from Cambodia, Philippines, Tunisia, Sri Lanka, Indonesia and Pakistan, albeit with some exemptions.

The European Union also imposed duties at the start of the year of up to 79.3 percent on imports of Chinese electronic bicycles.

EU consumers buy around 18 million bicycles per year, with just over 60 percent supplied by local manufacturers. Chinese imports make up only about 4 percent of the EU market.

However, Chinese producers have spare capacity to make an extra 37 million bicycles, the European Commission wrote in a “disclosure document” made available to interested parties. Bicycles were also identified as a key industry in China’s current five-year plan and its Made in China 2025 initiative.

This meant, the document said, that there was a “strong likelihood” that Chinese producers would return to selling at artificially low prices and in high volumes if the anti-dumping measures were lifted.