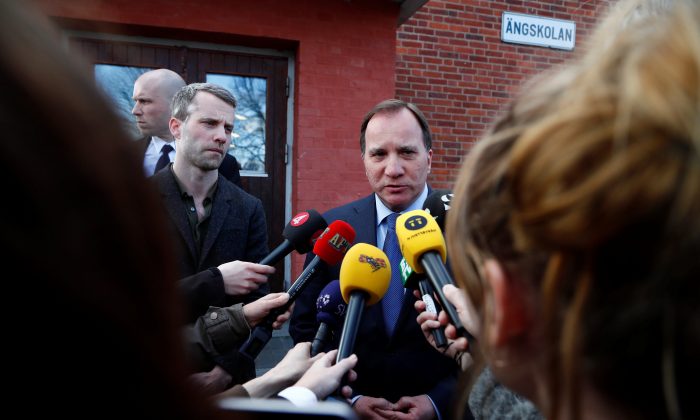 BRUSSELS—The European Union and countries across the continent offered Sweden support and solidarity on Friday following what the Swedish government said appeared to be a terrorist attack using a vehicle in central Stockholm.

“An attack on any of our member states is an attack on us all,” said President of the European Commission, Jean-Claude Juncker. “One of Europe’s most vibrant and colorful cities appears to have been struck by those wishing it—and our very way of life—harm.

“We stand shoulder to shoulder in solidarity with the people of Sweden and the Swedish authorities can count on the European Commission to support them in any which way we can.”

“My heart is in Stockholm this afternoon,” President of the European Council Donald Tusk tweeted. “My thoughts are with the victims, and their families and friends, of today’s terrible attack.”

“Our thoughts are with the people in Stockholm, the injured, relatives, rescuers and police. We stand together against terror,” he said in a tweet.

The French government said President Francois Hollande expressed his horror and outrage at the attack.

“France expresses its sympathy and solidarity with the families of the victims and all Swedes,” the Elysee Palace said.

“Terrible news from Stockholm. Our thoughts are with our neighbors and friends in Sweden,” Finland’s Prime Minister Juha Sipila wrote in Swedish on his Twitter account.

“It hurts deep into my heart that our Swedish brothers and sisters have been exposed to such an abominable attack,” said Danish Prime Minister Lars Lokke Rasmussen in a statement.

“A cowardly attempt to subdue us and our peaceful way of living in Scandinavia. It is a day of mourning. But it is also a day of will … A will to fight the darkness. For every attempt to bend us we move closer. We move closer around our Swedish neighbors,” the Danish leader added.

“Shocked over the terrible attacks in the middle of Stockholm. Our brothers and sisters are hit and we share their sorrow,” Norwegian Prime Minister Erna Solberg said in a tweet.