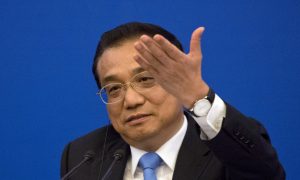 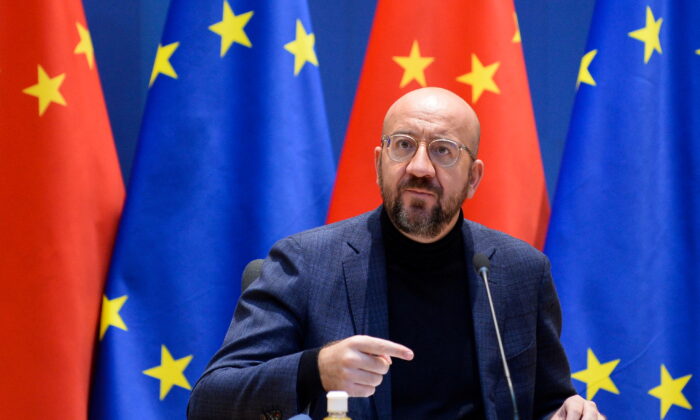 BRUSSELS—The European Commission has dialed down efforts to promote its planned investment agreement with China, recognizing that EU lawmakers will not approve any such deal while Beijing maintains sanctions on five of their colleagues.

The Commission said in a statement on Wednesday the EU-China Comprehensive Investment Agreement (CAI) could not be divorced from other EU-Chinese developments and that the sanctioning of EU lawmakers was “unacceptable and regrettable.”

“The prospects for CAI’s ratification will depend on how the situation evolves,” the Commission said.

That came after EU trade chief Valdis Dombrovskis told Agence France-Presse on Tuesday the EU executive had “in a sense” suspended political outreach activities and that the environment was not conducive for ratification of the agreement.

The EU executive has hailed the CAI, struck at the very end of 2020, as a means to redress unbalanced economic ties.

But concerns over China’s human rights record and skepticism from the United States had already cast doubt on the deal’s approval process even before China’s tit-for-tat sanctions.

For now, the Commission is giving the agreement a legal review and translating it into EU languages, with the parliament only likely to evaluate it in 2022.

Dombrovskis has recognized that the CAI will struggle to secure acceptance in the European Parliament, where Social Democrats and Greens oppose it.

“The Chinese side has badly miscalculated,” German Greens lawmaker Reinhard Buetikofer, one of the five blacklisted members of parliament, told a news conference, adding he did not expect ratification for at least two years.

Bernd Lange, chair of the parliament’s trade committee, said the deal was “in the freezer” and would stay there for a long time.

French President Emmanuel Macron and German Chancellor Angela Merkel support the deal, but the CAI will only be ratified after Germany’s election in September when Merkel will have stepped down.

This could make a difference, particularly if the Greens are part of the next government in Berlin.

China still has strong EU allies, however. Hungary blocked for a second time an EU statement criticizing China’s new security law in Hong Kong, diplomats said, in a move likely to undermine efforts to confront curbing of freedoms in the former British colony.

The EU, which aims to support Britain and the United States in upholding human rights in Hong Kong, was due to issue the formal statement on Monday at a meeting of EU foreign ministers.

By Philip Blenkinsop and Sabine Siebold